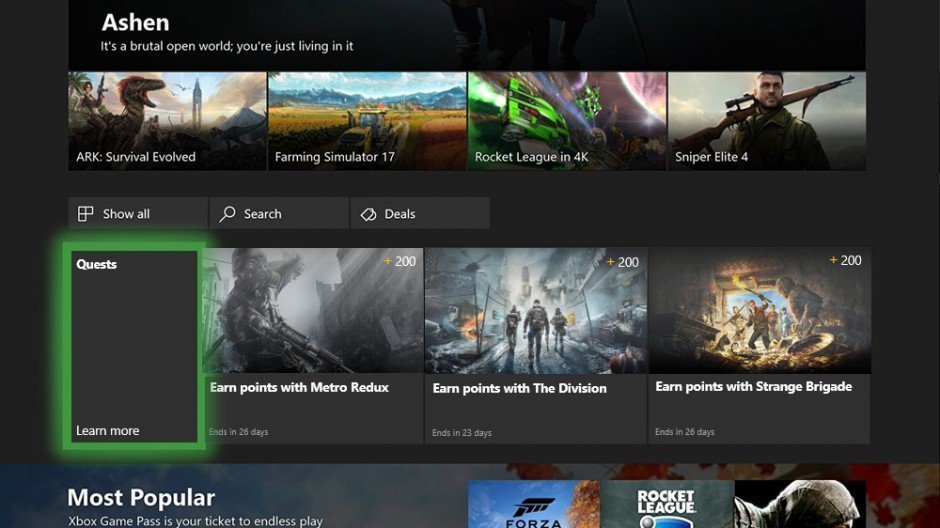 Here’s a sampling of this month’s active Quests:

Additionally, don’t forget that a month-long Rewards Quest is now active and allows the chance to earn a free month of Xbox Game Pass Ultimate.