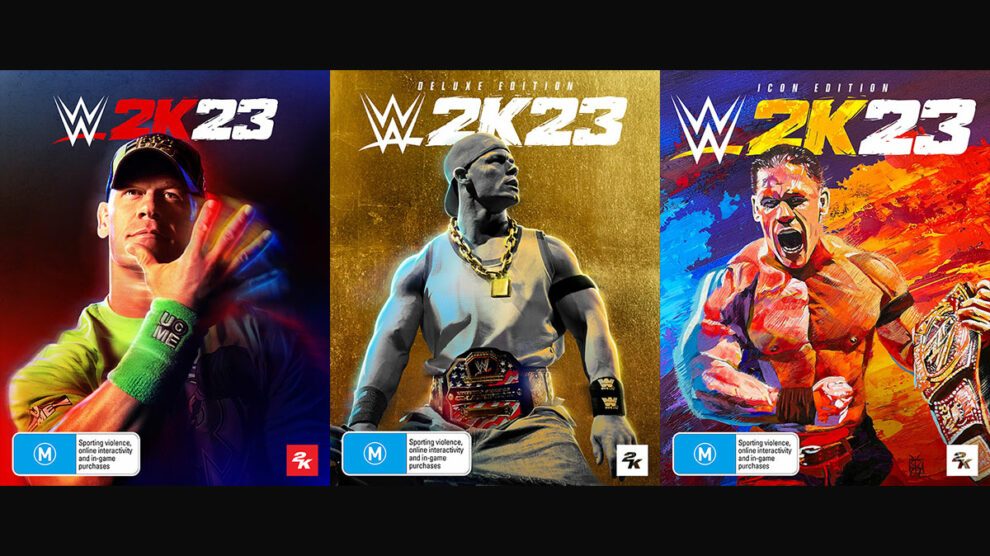 WWE 2K23 was today announced for a March 2023 release, and this post will gather all its editions, pre-order bonuses and pricing details.

Let’s get into it, shall we?

The Cross-Gen Edition includes access to PlayStation consoles (PS4 and PS5) or Xbox consoles (Xbox One and Xbox Series) for $119.95 AUD.

The Deluxe Edition is priced at $149.95 AUD and is available on all platforms.

The Icon Edition includes the following:

The Icon Edition is priced at $179.95 AUD and is available on all platforms.

Those who pre-order will receive the Bad Bunny Bonus Pack. It includes “Bad Bunny as a playable character, as well as a Ruby tier Bad Bunny MyFACTION card,” according to 2K.

Note that the Bad Bunny Bonus Pack is already included in the Deluxe and Icon Editions at launch.