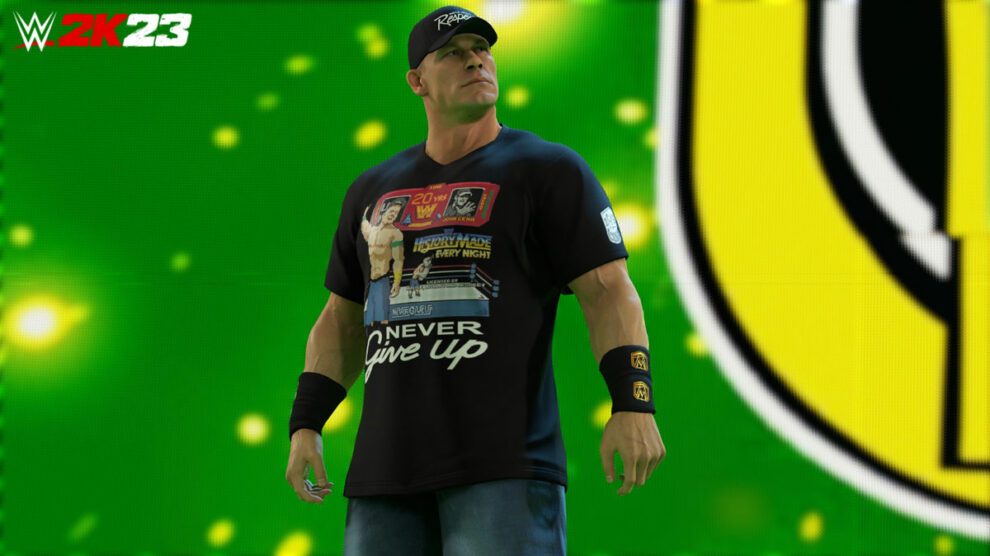 Can you see it?

WWE 2K23 was today announced by 2K and will feature a John Cena showcase.

“In celebration of his 20th anniversary as a WWE Superstar, 16-time World Champion, Hollywood icon, record-setting philanthropist, and WWE 2K23 Executive Soundtrack Producer, John Cena, will be featured on the cover of each edition of the game, striking three of his signature poses,” 2K said in a press release.

“Global music phenom Bad Bunny – Billboard’s Top Artist of the Year and one of the most streamed artists in the world for 2022 – will also make his WWE 2K debut,” 2K confirmed.

A special look at the game will be shown during WWE Monday Night Raw; those in Australia can check out WWE on Binge.

2K also detailed pricing, pre-order bonuses and special edition information; we’ve wrapped all that up for you here.

Update [2 February 2023]: The first trailer for the game has dropped, below.