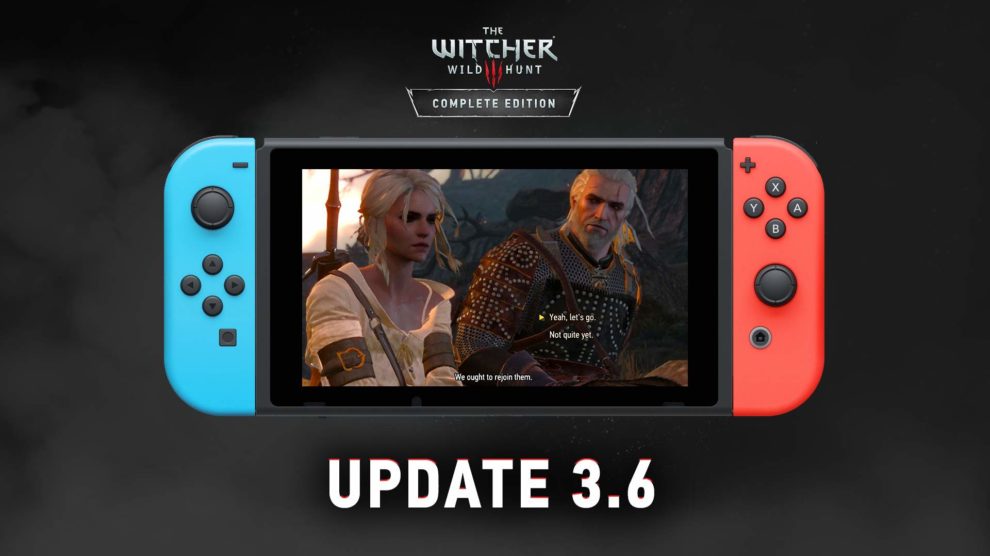 A new The Witcher 3 Switch update has added cross-save support with PC via Steam and GOG.

“Update 3.6 for The Witcher 3: Wild Hunt on Nintendo Switch is now available,” CD Projekt Red advised. “It introduces save file integration with GOG and Steam, and adds more graphical settings, making it possible to customize visual fidelity, among others.”

When using cross-save, CD Projekt Red advises that “mod-related bugs and blockers might get transferred from a modded PC game save file” and that “if the save file name has been changed on PC, the Switch’s Cloud Save feature won’t be able to recognize it.”

A full list of changes via the update are as follows:

The Witcher 3 Wild Hunt is available now on Windows PC, Xbox One, PS4 and Switch.