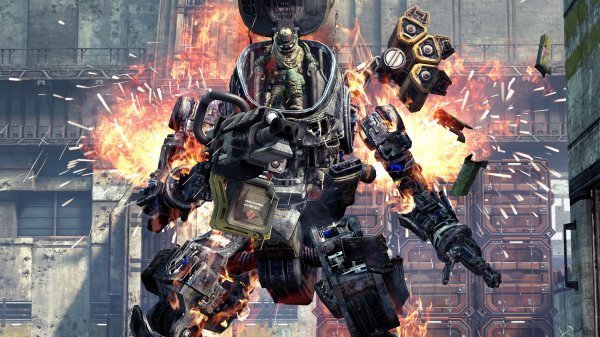 Best to avoid it until we have official word.

The Titanfall Forever Twitter account has posted a cryptic warning that reads, “Delete Titanfall 2. Do not launch the game.”

The account attached a message from a Discord server (via Reddit), in which a user named DirectXeon has claimed the game has been hacked in its entirety.

We’ve not heard from EA, nor developer Respawn in regards to the allegations… but nonetheless we’d suggest that users don’t launch the game until we have definitive word.

In July, users hacked Apex Legends in a campaign meant to draw awareness to the state of Titanfall. The move prompted developer Respawn to confirm that only two of its employees are actively working on Titanfall security.

Update: Respawn has said it is “aware of reports of a security vulnerability affecting Titanfall 2 and are investigating. We have no other information to share at the moment but will update once we do.”

Update 2: “We’re still investigating this issue but our engineers believe that we’re dealing with a simple exploit that can be used to crash games,” Respawn has advised.

“We do not believe there are any more serious risks to affected players or their machines.  We’ll update again as we learn more.”

Update 3: Respawn has updated the game and has stated that the matter has been resolved.

“Our team has shipped an update to address the game-crashing exploit. We found no evidence of any more serious vulnerabilities. We’ll keep an eye out for further issues but consider this one to be closed.”