Home » News » The Xbox One won’t take screenshots until 2015

Speaking with IGN, Xbox’s Phil Spencer confirmed that screenshot capabilities won’t be heading to the Xbox One until 2015.

“In December, it’s probably a time for us to pause for a little bit and settle just as all the new consoles are coming online,” Spencer said.

He also added that screenshots are tough.

“[It’s] a little more technically challenging than I thought,” he said. “[Developers are] working on it. They know people want it. The team has a path to getting it done, and now it’s just prioritizing.”

November will bring custom backgrounds to the console. 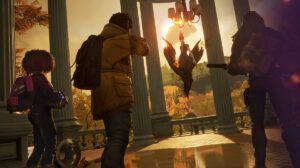