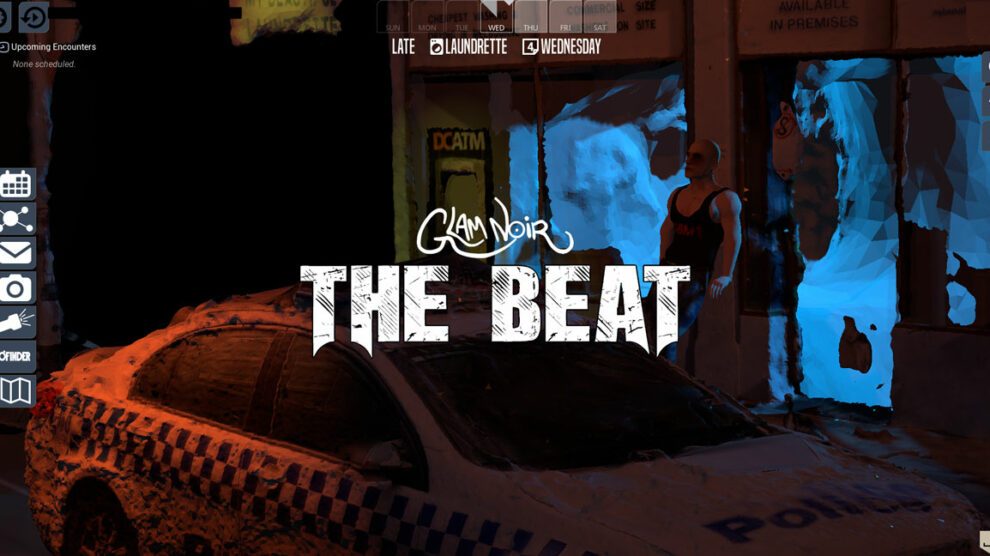 The Beat A Glam Noir Game, a gay-themed murder mystery from the Melbourne-based Up Multimedia, is now available on Windows PC and Linux via Steam.

The title is avaliable via Steam as an “adults only” title, and be forewarmed: it deals with some heavy themes including homophobia, domestic violence, misogyny and more.

“In The Beat you take on the role of a closeted detective investigating a murder in the gay community,” reads Up’s description of the title. “You have seven days to save a life. Each choice you make changes the rules of the game.”

We provided a behind-the-scenes look into The Beat back in 2018… so perhaps needless to say, this one’s likely been on some of your radars for quite some time now.

We spoke to Up Multimedia’s Luke Miller at length as part of a feature titled, “Gay games out of the closet”.

Produced with the assistance of VicScreen,The Beat A Glam Noir Gameis currently 10% off on Steam until 31 August, discounted to $26.05 AUD.