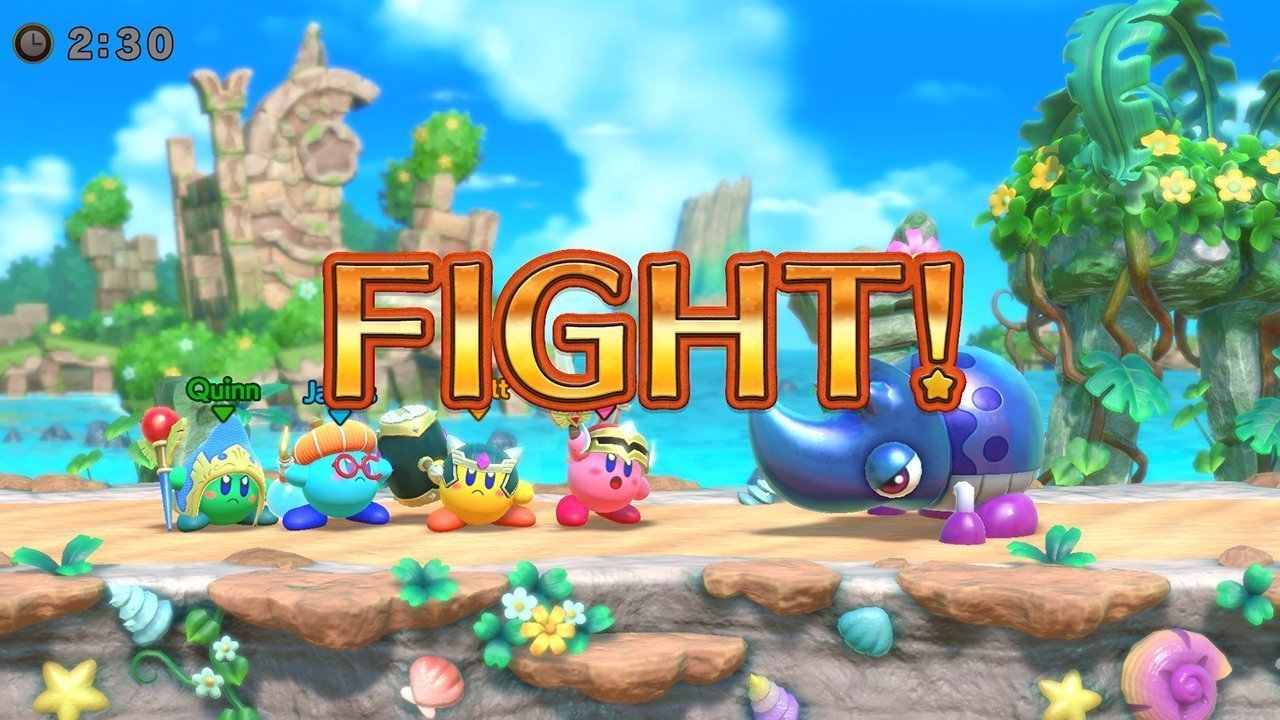 Grab some friends and jump in.

Super Kirby Clash was today announced for Nintendo Switch, a free-to-start game that wants you to play with your friends.

“The combined forces of Kirby, Kirby, Kirby, and Kirby are in for some wicked boss fights in [Super Kirby Clash],” Nintendo said of the title. “Fet ready to unite with friends and players from around the world across more than 100 quests in this free-to-start game, available now!”

“To defeat bosses this wicked, it’ll take a whole team of Kirbys! In this free-to-start multiplayer action game, you can choose from four unique Roles and join up to three other players to take down tough bosses,” the game’s description continues. “Puff up your power by crafting weapons and spending materials at the shop to receive even MORE weapons, not to mention armor and items. Pass a Joy-Con controller to a friend to play locally, and if you have a Nintendo Switch Online membership, you can even play online!”

Up to four players can play together at one time, it was confirmed. The game, available now, is a 1.1GB download on the Nintendo Switch eShop.

We’ll have more on Super Kirby Clash as it’s made available. The game is available now on Nintendo Switch.