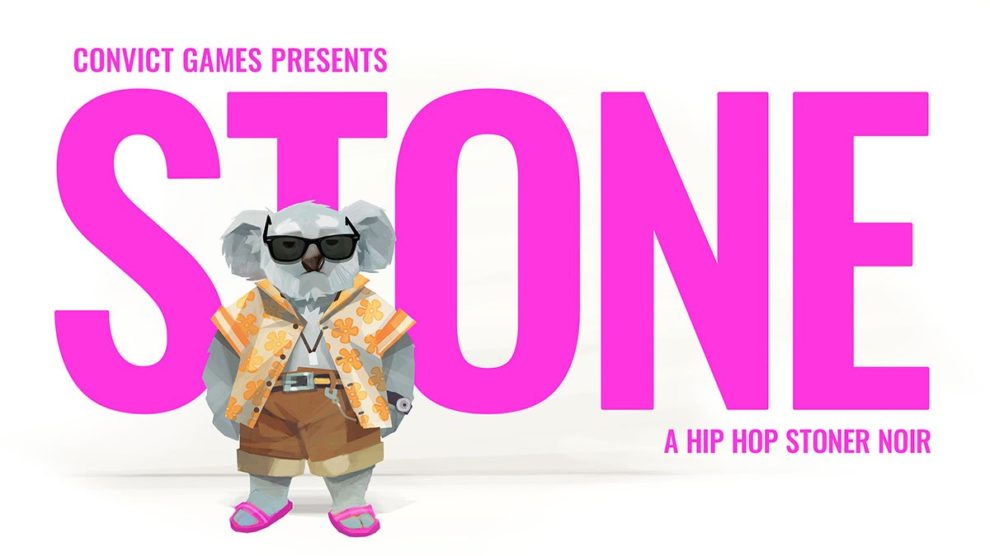 Stone is the first game from Convict Games, described as a “hip-hop stoner noir adventure.”

Stone is the name of the game’s star, a koala who sets off to find his missing partner (and “chookie”), Alex. Good thing Stone’s a private investigator by trade, eh?

While it’s not explicitly stated, it seems as if Alex is a male. It seems like a pumping gay club features in the game’s trailer (below).

The adventure game has a Big Lebowski feel — loving the shirt, Stone — and has choices to be a hard-ass or use a soft touch when interrogating the anthropomorphic animals that populate the game’s world.

“Leaving a stable AAA job in pursuit of my dream project Stone certainly wasn’t easy, nor has it become any easier, but knowing our small team at Convict Games faces almost no artistic restrictions is worth it – we have no obligations, no stakeholders, just the freedom to create whatever we want,” said head of Convict Games, Greg Louden.

“Stone is the interactive story I’ve always wanted to tell and play. I wrote, direct, programmed and produced the entire project, and it feels incredibly liberating to break free from publisher restraints and to release Stone completely independently.”

Louden has an extensive history in games — he’s worked on Control, Quantum Break and Crossfire 2 at Remedy Games among other projects.

“Stone may not be for everyone, but we hope it’s wild, artistic nature, and Australian influences resonate with those craving a narrative unafraid to ‘go there,'” Louden continued.

“We’ve been working on Stone for nearly two years, tapping into the influential works of counterculture icons including Charles Bukowski, Hunter S. Thompson and Thomas Pynchon, classic stoner noir films such as The Big Lebowski and Inherent Vice, and other narrative-driven games including Firewatch and Grim Fandango.”

Stone is expected later this year on Windows PC and Mac.