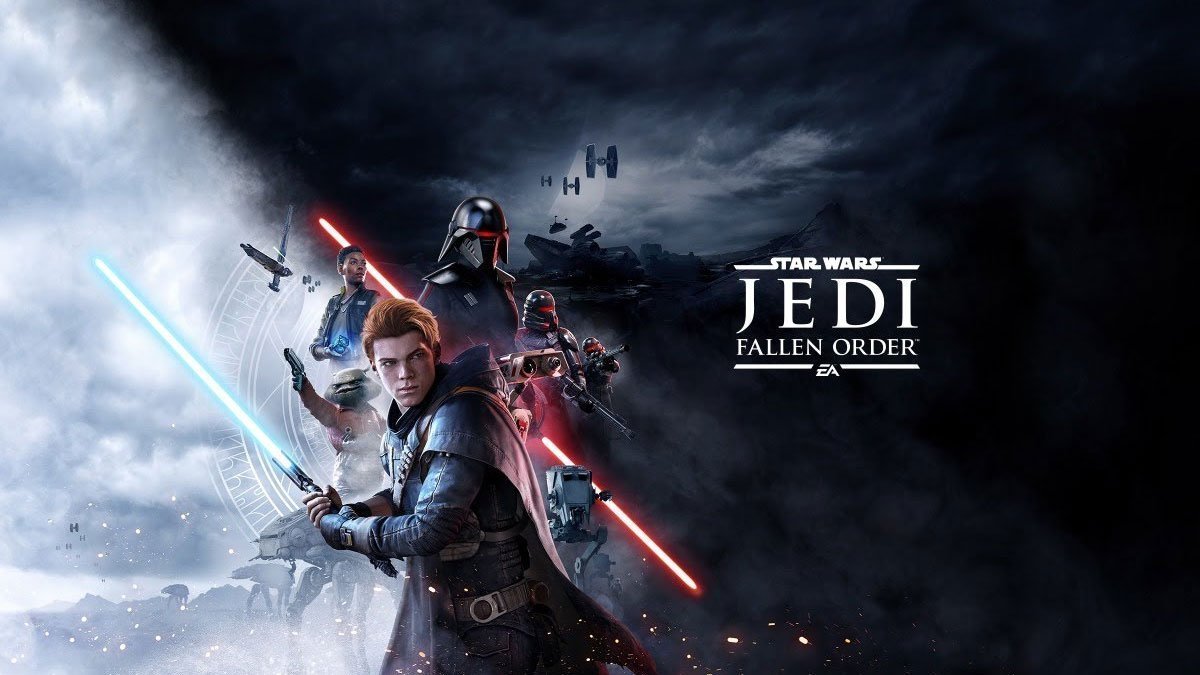 All the details from this morning's event.

Update: An extended cut of E3 2019 gameplay was recently released as a new trailer. It’s below.

As we already knew, Jedi: Fallen Order is set between Star Wars Episode III: Revenge of the Sith and Star Wars Episode IV: A New Hope, starring Cameron Monaghan (Gotham, Shameless) as Padawan Jedi Cal Kestis. It’s a time where the Jedi are mostly eliminated after the Emperor’s devastating Order 66. The Padawan essentially decides to live a life of normalcy to avoid capture (and his own culling) before he realises he simply can’t do that.

As part of the Padawan’s quest to rebuild the Jedi Order — a lofty goal if you ask us, knowing how the first six films of the Star Wars saga have played out — Cal must revisit his past to embrace and master the Force. At the same time, Cal must fend off the powerful Inquisitor Second Sister, a relation of Star Wars: Rebel‘s Seventh Sister.

The gameplay shown takes place on Kashyyyk, where the Empire has essentially enslaved the Wookie race. Cal is on hand to assist, but he’s no Luke Skywalker.

“This takes place, maybe, about three hours into the game,” Respawn’s Stig Asmussen said while introducing the gameplay. Cal’s no longer a Padawan to Respawn at this point, but he’s certainly not a Jedi Master.

Almost straight away, we see Respawn’s touch — Cal wall-runs as if he was in a Titanfall game. Shortly afterward, he meets up with Rogue One‘s Saw Gerrera (Forest Whitaker) and continues on his mission. What follows is a show of several of Cal’s Force powers and lightsabre skills, all looking rather smooth. My favourite combo of force powers? When Cal slows down time after a Stormtrooper fires at him, then force pulls the trooper into his own blaster fire. Savage.

Asmussen confirmed that the following Force powers are present in-game: push, pull, flip (aka double-jump) and the mechanic that slows down time. Stig also confirmed that Star Wars Jedi: Fallen Order is canon and that the game won’t allow players to make a choice between the Light and Dark side of the Force.

“This is a Jedi story,” Respawn’s Vince Zampella asserted.

Best yet, Cal’s even got a droid that rests on his back, much like protagonist Iden Versio in Star Wars: Battlefront 2. The droid’s name? BD-1, short for Buddy Droid 1. Your buddy has the ability to slice through door locks and can even heal Cal (though that’s a finite resource).

Our only complaint from the gameplay, really, is how unpolished the Wookie captive at the end looked.

You can watch both the entire Star Wars Jedi: Fallen Order segment of EA Play’s livestream thing below alongside the thirteen minutes of straight-up gameplay.