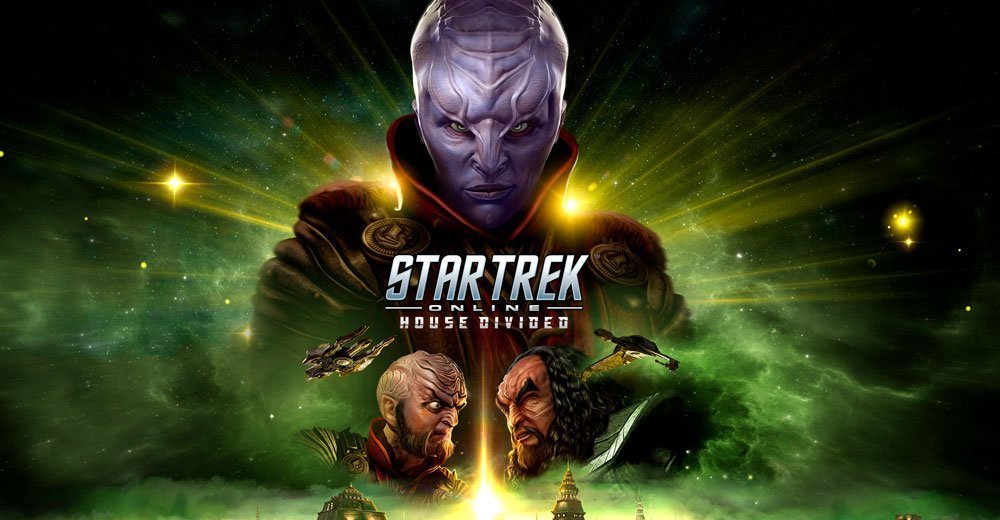 Star Trek Online House Divided is all about the Klingons

Welcome to the Year of Klingon.

Star Trek Online House Divided is the name of the sci-fi MMORPG’s latest update, focusing on the Klingon Empire in the year 2411.

Kicking off The Year of Klingon, House Divided “gives returning players the chance to experience an epic Klingon-centric war story alongside Martok from Deep Space Nine,” Cryptic said of the new content. It adds two in-game episodes alongside a month-long event that will award the Red Angel suit/armor, a 5-person space TFO over the Klingon Penal Colony of Rura Penthe, new lockboxes and remasters of many Klingon characters and ships.

“After accidentally sending herself and players through time with stolen Federation technology, J’Ula, sister of T’Kuvma (Discovery), finds herself at war as the modern Klingon Empire has done the unthinkable and allied themselves with the Federation. J’Ula and her lieutenant Aakar (Grandfather of Gowron) have taken it upon themselves to right this wrong, and call their true Klingon brethren to arms. It’s now up to the player to quell this rebellion alongside Martok (Deep Space Nine) and maintain the newly founded peace within the Federation.”

J.G. Hertzler will reprise his role as Martok, while Robert O’Reilly, who played Chancellor Gowron in The Next Generation and Deep Space Nine, will voice Aakar.

Moreover, Cryptic announced a special in-game bundle celebrating its 20th anniversary. Captains can head to the Mudd’s Market in the Zen Store to redeem the pack for 1 MT.