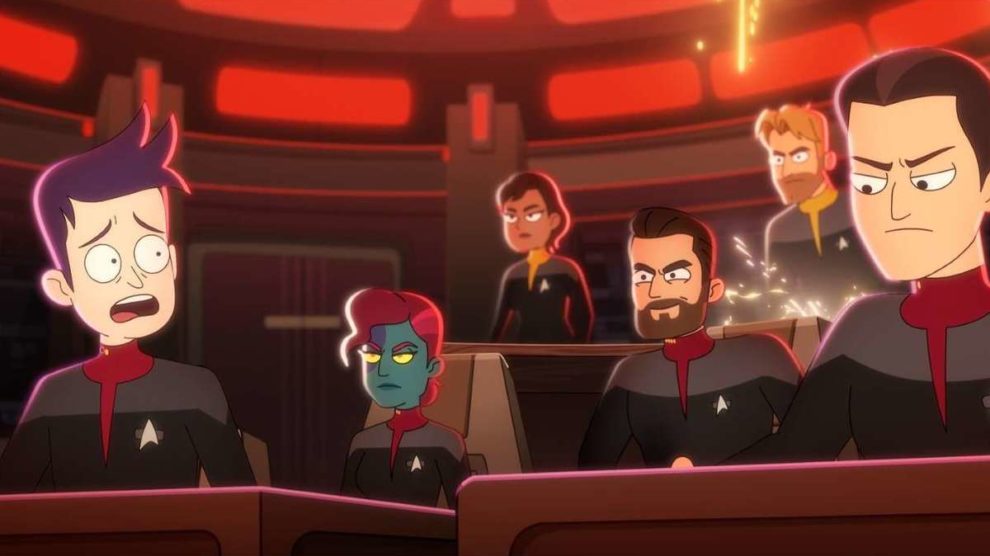 And Tom's a plate!

A new trailer for Star Trek Lower Decks Season 2 was released over the weekend and shows off a new Cerritos crew member, the USS Titan, Tom Paris and more.

First, the trailer shows who will be replacing the departed Chief Shaxs as the Cerritos’ new security head. That Starfleet office is none other than a Tamarian, the species highlighted in Star Trek The Next Generation episode “Darmok”.

Next, we get to see a lot of action on both the Cerritos (where most of the crew are) and the USS Titan (where Riker, Troi and now Boimler serve). Finally, we get a great little sequence with Boimler extremely high and talking to a Tom Paris commemorative plate.

No really, check it out.

Interestingly enough, that commemorative plate is being sold as a real-life piece of merch.

Star Trek Lower Decks Season 2 heads to Paramount+ in the US, Crave in Canada and on Amazon Prime Video in regions like Australia and New Zealand from 12 August.