A lawsuit was first filed back in November 2021.

Sony has made a legal filing that asks to dismiss a gender discrimination class action lawsuit filed by former PlayStation IT security analyst Emma Majo.

Majo first filed her lawsuit back in November 2021, seeking court approval to turn it into a class action suit at the same time.

“Despite the sweeping breadth of her lawsuit, the allegations in which [Sony Interactive Entertainment] categorically denies, she fails to plead facts to support either her individual claims or the claims of the broad-based classes of women she seeks to represent,” Sony said in a filing submitted earlier this week (via Axios).

Sony continued that the lawsuit lacks sufficient facts and could put some of PlayStation’s female employees in conflict with themselves.

Majo’s lawsuit alleges that a gender bias has prevented women from promotions, and that she was terminated from her role after submitting a gender bias complaint to the company.

We’ll report back as more is available.

PlayStation asks EVO attendees about their thoughts on NFTs 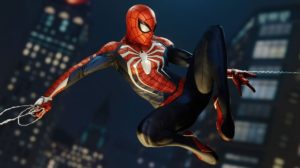