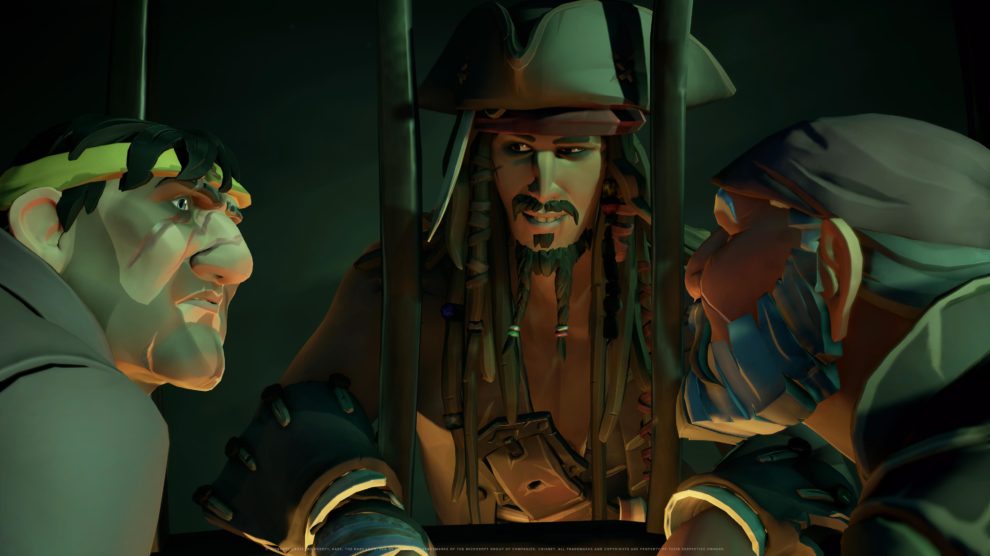 Get ready for later this week!

Sea of Thieves A Pirate’s Life heads to Windows PC, Xbox One and Xbox Series S & X later this week and developer Rare took fans through a 37-minute deep-dive into the content earlier this morning.

The broadcast, in full below, goes into great detail into the content’s first two Tall Tales. There, “players will brave the Sea of the Damned, amongst many other challenges,” Rare proclaimed. It all begins with the rescue of Captain Jack Sparrow himself, after the famed pirate found “a Golden Key to other lands” that brought him, Davy Jones and others into the Sea of Thieves.

The deep dive also came complete with new screenshots, which are all also below for your enjoyment.

Speaking with Stevivor, Rare confirmed that the voice of Jack Sparrow will be handled by Jared Butler, the actor who has portrayed the character in the likes of 2019’s Kingdom Hearts 3. Rare also confirmed that those engaging within the new content will be in their own instance, meaning they can enjoy the new storyline without fear of being griefed by other players.

The new content brings with it new locations including the Sea of the Damned, Sailor’s Grave (complete with a tavern and gambling den) and the Sunken Kingdom, all linked by Tunnels of the Damned. A new weapon called the Trident of Dark Tides is also available for players.