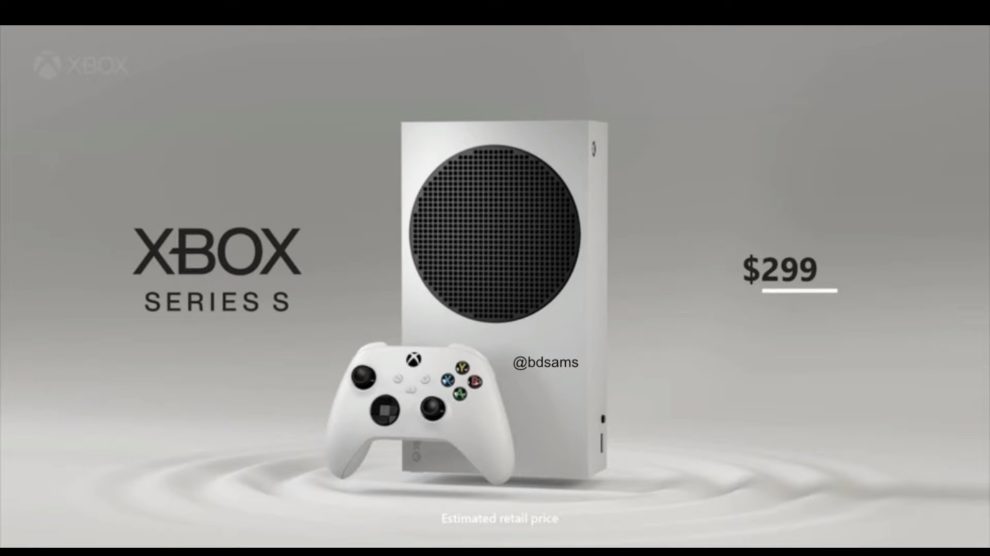 The Xbox Series S‘s look and suggest price as leaked to the internet, Thurrott’s Brad Sams has reported.

Sams cites “information… posted to the internet” — though doesn’t detail any more than that — which not only provides a look at the Xbox Series S, but at an “estimated retail” price of $299 USD. If this price is correct, we’d wager the Australian equivalent would be sitting somewhere in the $400-450 AUD mark.

The image of the Series S backs rumours that the lower-end Series S won’t feature a disc drive (the Xbox Series X, however, does) and likely will boast lower performance figures than the Series X — the lower specs means a cheaper price point, of course.

Analyst Daniel Ahmad has said “the console design… is real,” but doesn’t offer any further clarification on the matter.

Wario64 has also posted a short video showing the Series S alongside the Series X: