Home » News » Rumours » The next Call of Duty: Kevin Spacey, PMCs and other theories, here 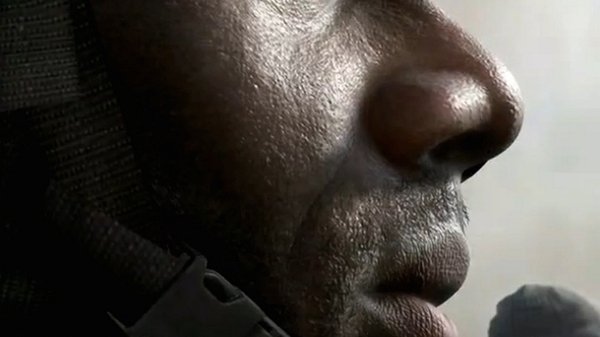 The next Call of Duty is set to be unveiled next week. Activision’s released a teaser teaser trailer alongside this website. On the website, the featured scrambled image will become clear in 2 days, 1 hour and 12 minutes at the time of writing.

Semi-hidden white spots within the scrambled imaged link to fake versions of the NY Times and Business Insider which include articles about private military corporations (PMCs), and “The Demise of Blackwater.” Game Informer has revealed one in game screenshot and promises to unveil the game’s name and first details alongside the official announcement.

Rumours are mounting that Kevin Spacey will voice the game’s main antagonist after an audio file leaked this week and was posted on Variety. Spacey can be heard saying, “And you think you can just march into these countries based on some fundamentalist religious principles, drop a few bombs, topple a dictator and start a democracy? Give me a break.”

The first image from the unamed sequel was released at GDC in March and revealed the look and graphical fidelity of actual in-game characters.

Platforms for the new Call of Duty have not yet been announced, but it’s rumoured to be coming to current-gen and PC only. We’ll know more come Sunday.