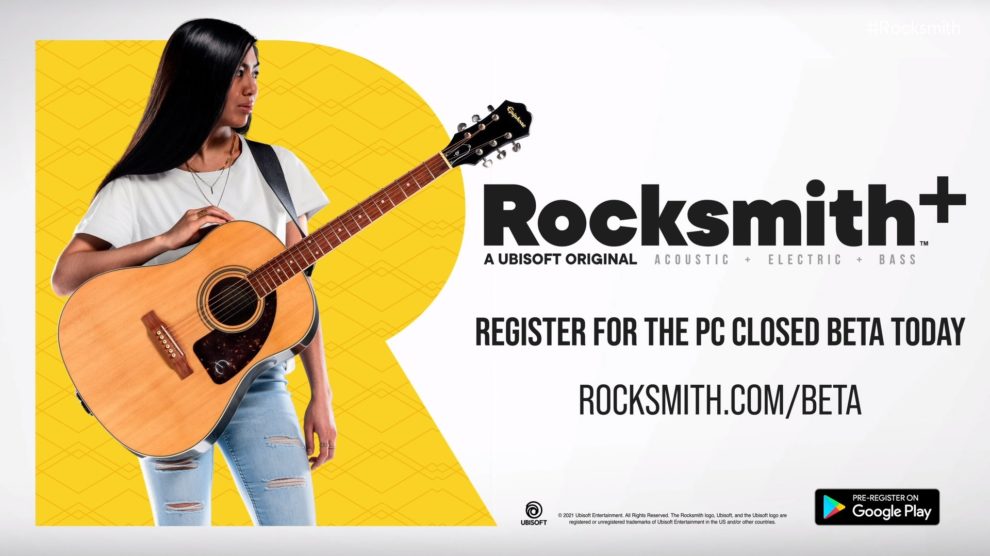 Rocksmith+ is a new interactive subscription service heading to PC and consoles later this year.

Moreover, Ubisoft has confirmed a PC closed beta ahead of a full release; users can register here.

“Compatible with acoustic, electric, and bass guitars, Rocksmith+ will start with thousands of songs and grow to millions more in the future, within genres spanning from rock, classic, indie, alternative, hip-hop, pop, metal, country, Latin, R&B, and more,” Ubisoft said. “At launch, Rocksmith+ will have a variety of authentic arrangements that represent songs the way the artists originally played them, and all songs in the library will be playable with chord charts for players to hum and strum to.

“In addition, users can play with an acoustic guitar or an electric instrument and amp using the Rocksmith+ Connect mobile app, which offers phone-as-mic technology,” Ubisoft continued. “By pairing their mobile device with their PC or console, the on-board microphone can track their guitar – allowing them to play with no additional gear needed. Rocksmith+ is also compatible with consoles using the Rocksmith Real Tone Cable.”

Rocksmith+ heads to PC and consoles later this year.