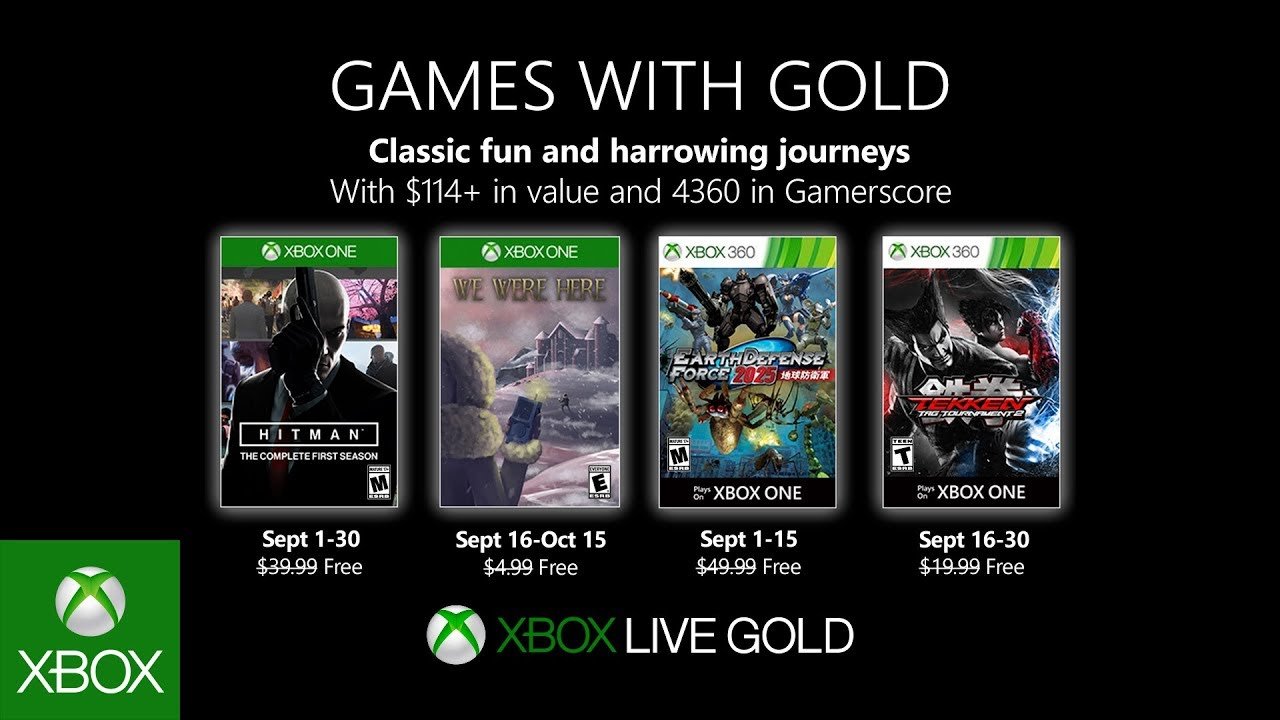 Xbox Games with Gold September 2019: We Were Hitman

Xbox Games with Gold September 2019 free titles have today been detailed by Microsoft.

Players that are subscribers to the Xbox Live Gold subscription service will be able to claim the below titles over the month of September 2019. As per usual, Xbox 360 titles are backwards compatible on Xbox One.

How do these titles compare to PlayStation Plus September 2019 free games?