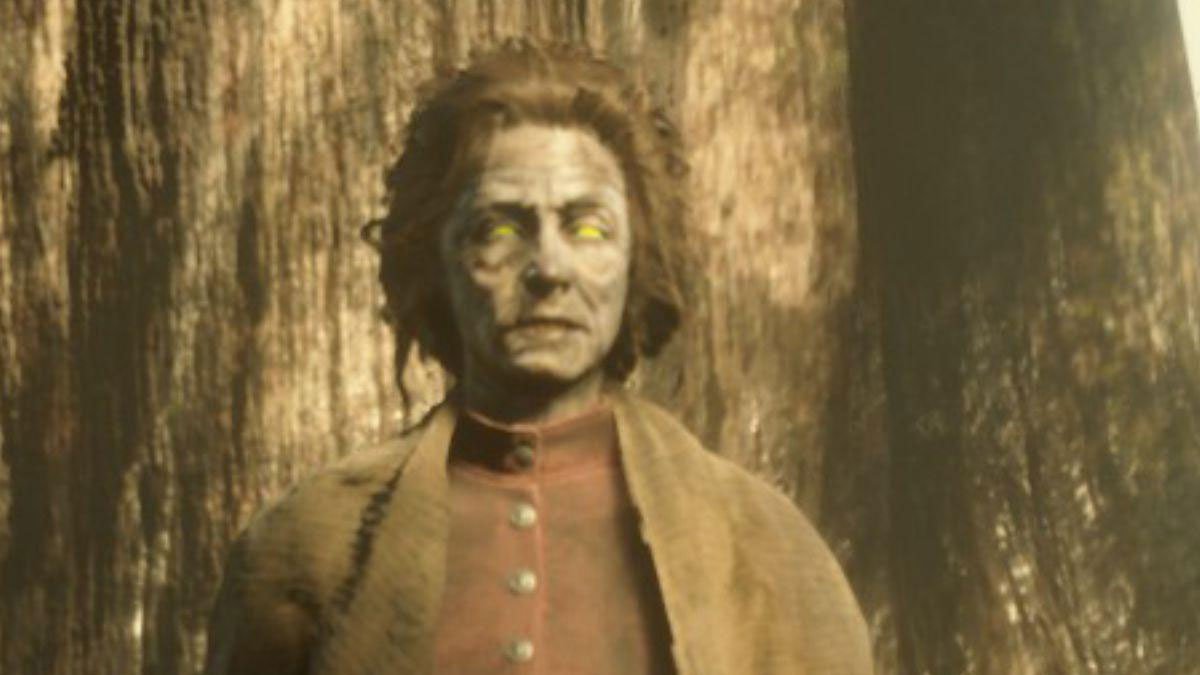 It looks like zombies are invading Red Dead Online.

Ever since last week’s content update, players have noted that there are a large number of dead bodies floating around in the swamp area. Better than that, Redditor groats_active has spotted a rather ghoulish NPC in the swamp (above), complete with eyes that are glowing a radioactive green. In short, this can’t be good.

Taking the newly discovered NPC into account, it sure does look like Rockstar’s planning a sequel to Undead Nightmare, a piece of DLC for the original Red Dead Redemption that pitted your protagonist against hordes of the undead.

Rockstar has yet to comment on the matter; we’ll keep you posted as we learn more. It’s not a stretch, though — the original Undead Nightmare DLC aside, Red Dead Redemption 2 has had its own share of the supernatural including a vampire found by our very own Luke Lawrie.

Red Dead Redemption 2 — and Red Dead Online inside it — is available on Xbox One and PS4.