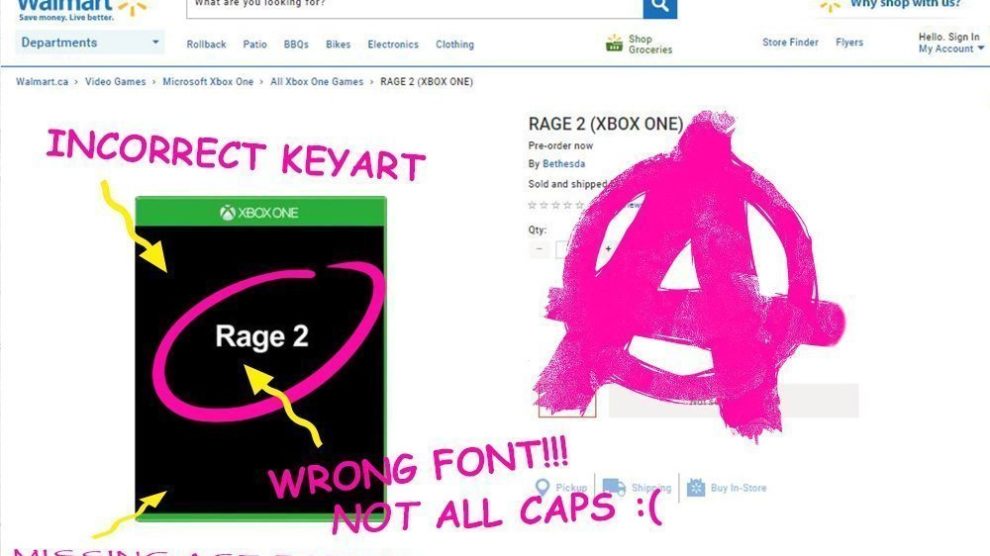 You’ve got to hand it to Bethesda — the publisher certainly has a sense of humour, shrugging off a potential Rage 2 reveal ahead of E3 2018.

The official Rage Twitter account posted a series of inconsistencies when it came to Walmart Canada’s “keyart.” Check it out below:

Bethesda’s Pete Hines also took to Twitter… though he wasn’t as humourous, adding his own thoughts via RT:

This is why we can't have nice things. https://t.co/ZhOHGsITfp

Bethesda hasn’t made official comment on the leak… though we expect we’ll hear more about Rage 2, either way, at this year’s E3. Bethesda’s press conference is scheduled for 11.30 am AEST on 11 June.