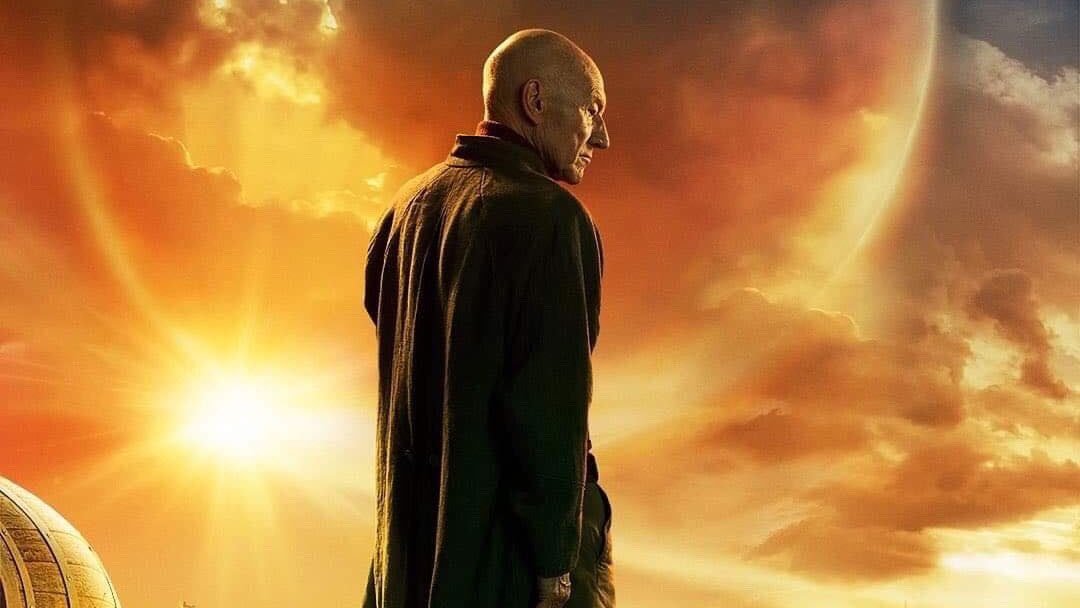 To boldly go where no good boy has gone before.

The promotional poster, seen in part above and in full below, has been shot at the fictional Chateau Picard, the vineyard that’s been in Jean-Luc Picard’s family for generations. Jean-Luc’s brother Robert looked after the vineyard during the run of Star Trek: The Next Generation but (spoilers) tragically lost his life in a fire in Star Trek: Generations. It appears that Jean-Luc has re-entered the family business… this time with a friendly doggo helping him out.

We’ll learn more of Star Trek: Picard at San Diego Comic Con, where lead Patrick Stewart will appear and discuss the show alongside its already-announced roster.

Star Trek: Picard is expected to air later this year; it’s exclusive to Amazon Prime Video. A number of Star Trek feature films, including some that track Picard’s exploits, will be available on Amazon Prime Video at the end of the month.