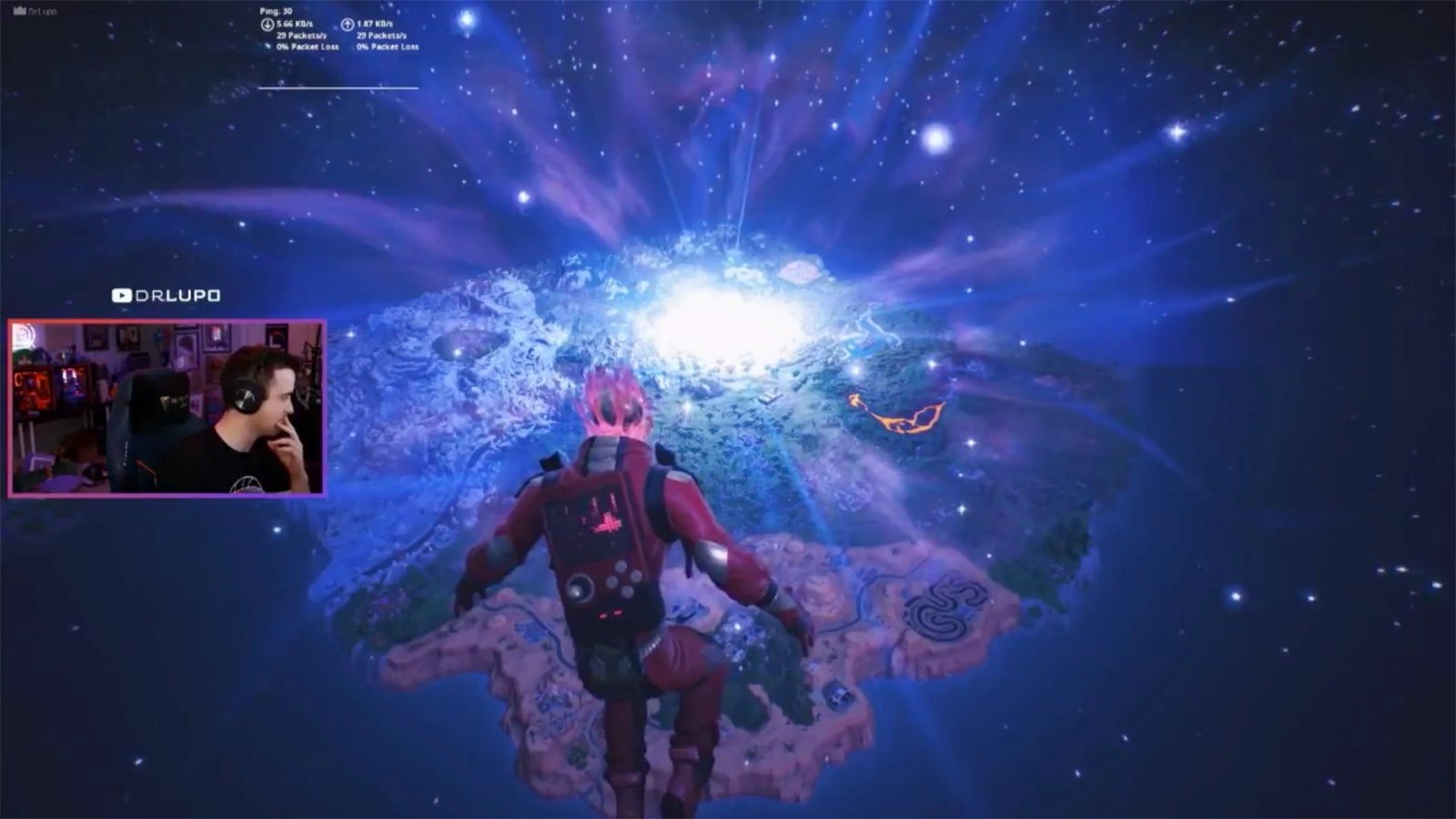 Time for a new map?

The entirety of the orignal Fortnite map has just been sucked up by a black hole.

A little over an hour ago, a catastrophic event saw a missle launch into the sky and open up a number of rifts that began to destory the world. Ultimately, a meteor strike did the most damage, looking to form a black hole that sucked the map — and players — out into the void of space.

As you can see from Dr Lupo’s stream, above, the event ended wtih refugee players gazing out at a black hole… and then Twitch and Epic’s servers essentially melted down over the amount of people checking out what had just happened.

We assume the move was made to wipe the slate clean and introduce a new map and mechanics into Fortnite, but nothing’s been confirmed as yet. We’ll keep you posted as we learn more.