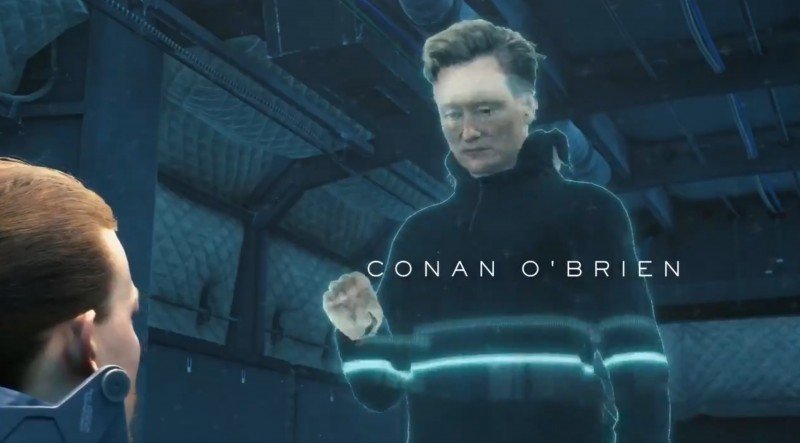 Kojima Productions’ Hideo Kojima himself made the announcement earlier today.

“Conan O’Brien appears as a prepper ‘The Wondering [sic] MC’ in DS,” Kojima wrote on Twitter. “You get ‘Sea Otter Suit’ when you get connected with him. With this suit, you’ll be able to swim easily in the river, you won’t be drifted away! BB would be happy as well.”

Like Keighley before him, you’ll likely have to find the shelter that O’Brien’s holed up in before you get to interact with him. Or, you know, you can just take in the image above and be happy enough with that.