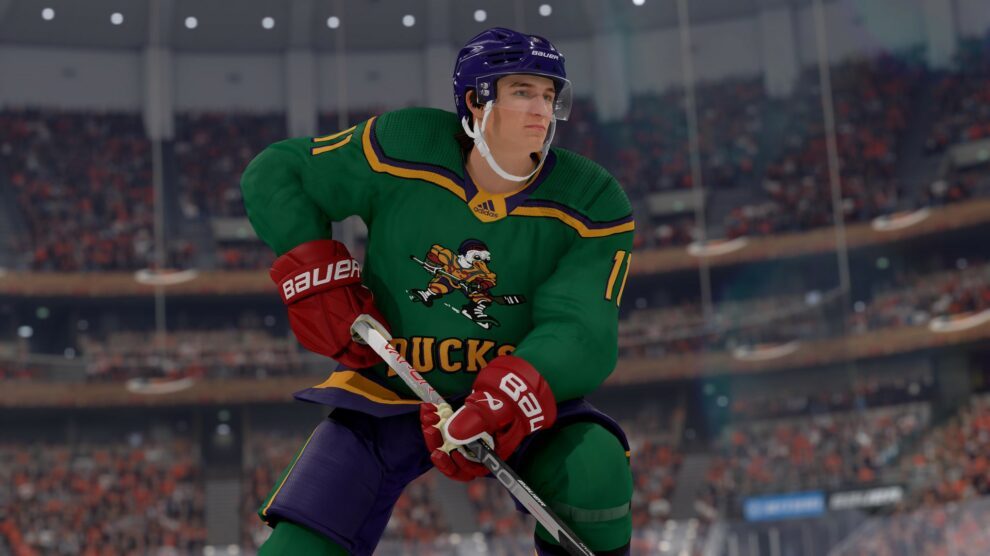 And some fans are asking why their favourite team jerseys aren't getting love.

NHL 23 has added jerseys from The Mighty Ducks franchise into both World of CHEL and HUT, though some fans are asking why their favourite NHL team’s jersey has yet to be updated.

A new, free update has added the following cosmetic items into the yearly hockey title:

Alongside the free items, new purchasable items include:

Over on Reddit, some fans aren’t pleased with the update.

“All that this update did was make Di$ney even richer because of all the Mighty Ducks stuff,” wrote user Jnhlfan.

“They have time to make these new hi res threads, yet REAL teams are in the game wearing outdated uniforms from 2+ yrs ago,” said Cagekicker52.

Other users took to the thread to complain about matchmaking issues encountered inside World of CHEL.