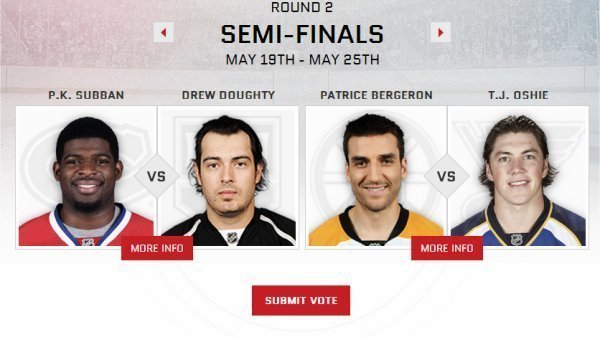 Just like the Stanley Cup Finals, NHL 15 is heading towards an ultimate victor in their cover vote competition. Today, four NHL superstars emerged as semi-final contenders.

In the semi-finals, Montreal’s P.K. Subban is up against LA’s Drew Doughty, while Boston’s Patrice Bergeron has to fend off St. Louis’ T.J. Oshie.

Those who wish to vote in the semi-finals can do so here.

Who would you like to see on the cover of NHL 15?