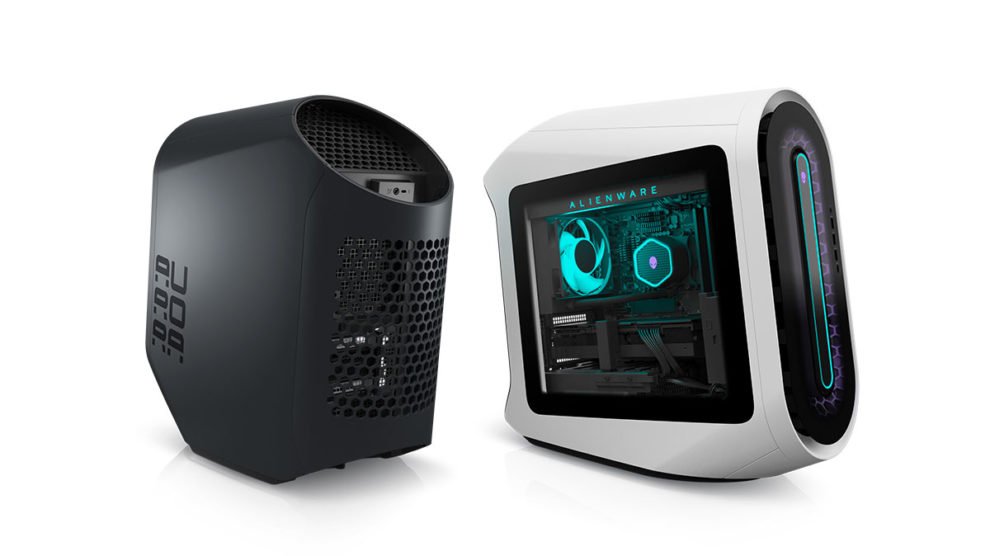 Alienware today detailed its new Alienware Aurora desktop, a PC that will serve as the company’s flagship desktop.

The desktop will sport a new open-air design and offers up an optional transparent left-side panel to admire its inner workings.

“This new open-air design increases internal chassis volume by a whopping 50% without significantly expanding the overall footprint of the chassis,” Alienware said in a press release. “The result is more efficient total airflow and reduced acoustic profile that provides gamers with a more enjoyable daily experience. All while providing a 5% increase in graphics performance.”

The Aurora will have up to four 120mm fans and also provides a liquid cooling option to combat heat. Let’s dial-in on airflow for a second, because freeing up all this space is a gamechanger, but it doesn’t directly equate to better airflow. That’s where a robust new thermal design comes into picture. Now supporting up to four 120mm fans and liquid cooling options, the new Aurora takes full advantage of the open-air design to keep your rig performing cooler through the most-intense gaming sessions.

The Aurora answers the call for higher airflow efficiency by intaking cool air through the honeycomb-shaped airways on the front of the desktop moving it across the motherboard and performance components before evacuating it out the backside of the chassis.

“Gen-over-gen, the new Aurora is up to 16% quieter at idle, up to 9% quieter during CPU intensive tasks, and up to 15% quieter during overclocking,” Alienware continued. “The end result for gamers means that during quiet character conversations and other mellow scenarios, you’ll stay focused on what’s happening on the screen.”

In addition to the optional transparent left-side panel, the Aurora “also allows the opposite right-side door to be removed with cable management features intended to mechanically and thermally isolate the wires from areas where airflow is crucial,” Alienware stated. “All of which combine to make this our most accessible desktop to date with tool-less entry from each angle.”

You can check out the new Aurora above; Alienware has yet to detail pricing details. We’ll keep you posted as we learn more.

Update: Alienware has provided pricing details on the Aurora R13, as follows: