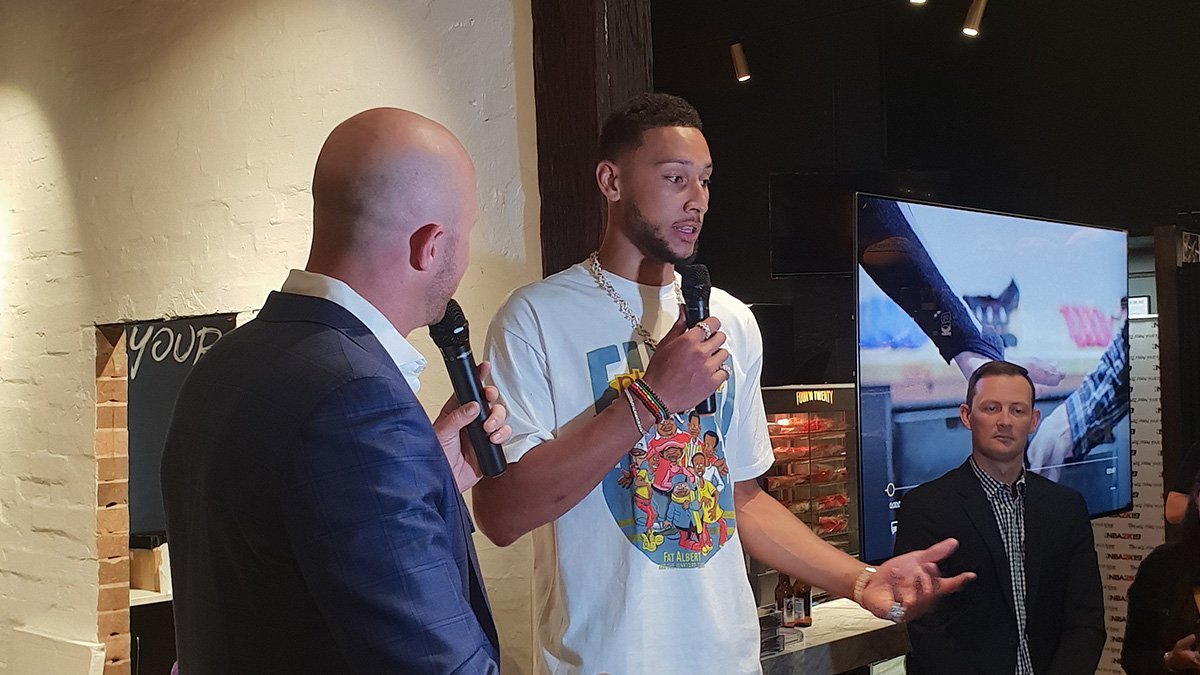 It's all good news for the NBA Rookie of the year.

Last night in Sydney the NBA Rookie of the Year, Ben Simmons, celebrated his appointment as the first-ever Australian cover star for the NBA 2K series. The personalised cover for NBA 2K19 features words picked by Simmons which contain special meaning to him, including “Loyalty,”, “Melbourne”, “Family,” and “Triple Double.”

Simmons made his mark known during his rookie season with the Philadelphia 76ers by helping take his team to the Eastern Conference playoffs where he notched up 12 triple-doubles across the regular season. The Australian has been compared to the likes of Magic Johnson and LeBron James with his unselfish play-style and the ability to score.

“He is the Rookie of the Year for a reason,” Van Vugt said. “And him being from Australia where the market for basketball is so popular it was a no brainer for us. We’re very happy to have him on the cover.”

With NBA 2K19 just around the corner we asked Van Vugt to give us a sneak peek about one of the exciting changes players can expect from the game.

“If we’re just talking about gameplay then I think one of the main big feature changes is called takeover. Over the years with the past games when you’ve got a player who is doing all the right things then they start to heat up and get that little flame icon. That has changed now, you’ll still get that flame icon but the stat boost that you used to get across all of your stats now is based on the architype of your player.

“So if you play as a point guard, then those specific point guard skills will get better. Or for example if you have someone like Draymond Green who is a great defender, then his defensive skills will go up. It goes really in-depth but it mainly depends on what type of player you are.”

NBA 2K19 heads to Windows PC, Xbox One, PS4 and Switch on 11 September. A special anniversary edition with LeBron James is available from 7 September.