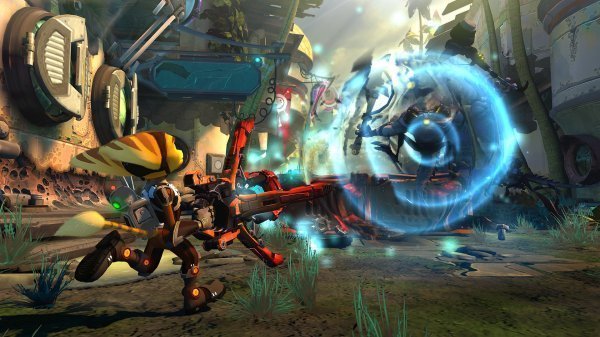 Insomniac Games and Sony today confirmed Ratchet and Clank: Nexus for a holiday 2013 release on PS3.

James Stevenson, Community Lead at Insomniac took to the PlayStation Blog to exclaim, “Since completing the Ratchet & Clank Future saga (Tools of Destruction, Quest For Booty, and A Crack in Time) we’ve had a really amazing time expanding the universe of our intergalactic heroes.”

“From creating the first four-player co-op Ratchet & Clank experience for the whole family to enjoy with All 4 One, to returning with the first all-new R&C competitive mode in Full Frontal Assault, we’ve challenged ourselves to bring new types of play to the Ratchet series. At the same time, we love single-player Ratchet adventures. We’ve continued to generate new ideas for weapons, gadgets, and planets. It feels like the time is right to revisit Ratchet’s personal story arc,” Stevenson continued.

Ratchet & Clank: Nexus looks to take the franchise back to its old-school roots, and features a single-player campaign that will serve an epilogue to the IP’s Future-saga games.

The newest iteration of Ratchet & Clank will be available as a digital or retail purchase later in the year.