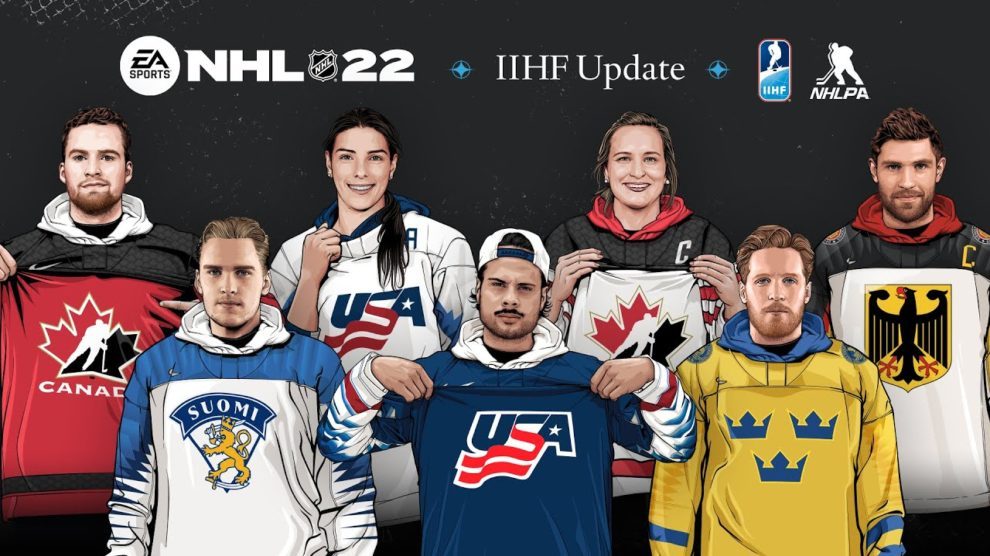 IIHF Women’s teams will be added to NHL 22, marking the first time this has happened in the franchise’s history.

“IIHF Women’s teams will also be added to NHL 22 PLAY NOW mode in January 2022, along with the Women’s World Championships authentic tournament structure and visuals,” EA announced alongside a new trailer, below. “Celebrate women’s hockey from across the globe!”

The feature is possible thanks to a new partnership with IIHF that brings Men’s, Women’s and World Juniors teams to NHL 22.

While women have been featured inside the NHL franchise in past — Team Canada’s Hayley Wickenheiser and Team USA’s Angela Ruggiero has appeared as Legends and players have been able to create female Be A Pro players since NHL 12 — this is the first time full women’s teams will be playable.