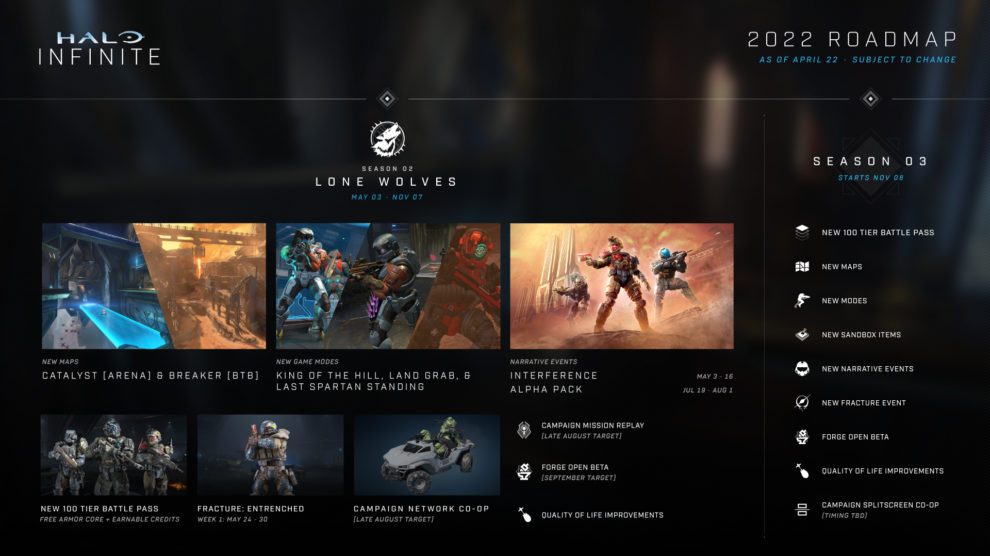 Will 343 Industries hit its target?

The oft-delayed Halo Infinite campaign co-op feature is now expected to be delivered by developer 343 Industries in “late August” of this year.

The news came as part of a new update from the developer, in which campaign network co-op was listed as with a “late August target”.

While that’s good news to some degree, you’ll notice the word “network” in there, meaning split-screen co-op isn’t dated as yet.

“We want to get the Forge toolset into your hands sooner rather than later so that awesome community maps and modes can more rapidly make their way into the game,” the update reads.

“To make this happen, we’re targeting a Forge open beta later in Season 2. We’ve successfully had Forge in private flighting with a limited audience for some time, so we’ve decided to forgo a large-scale formal flighting program and go right to open beta.”