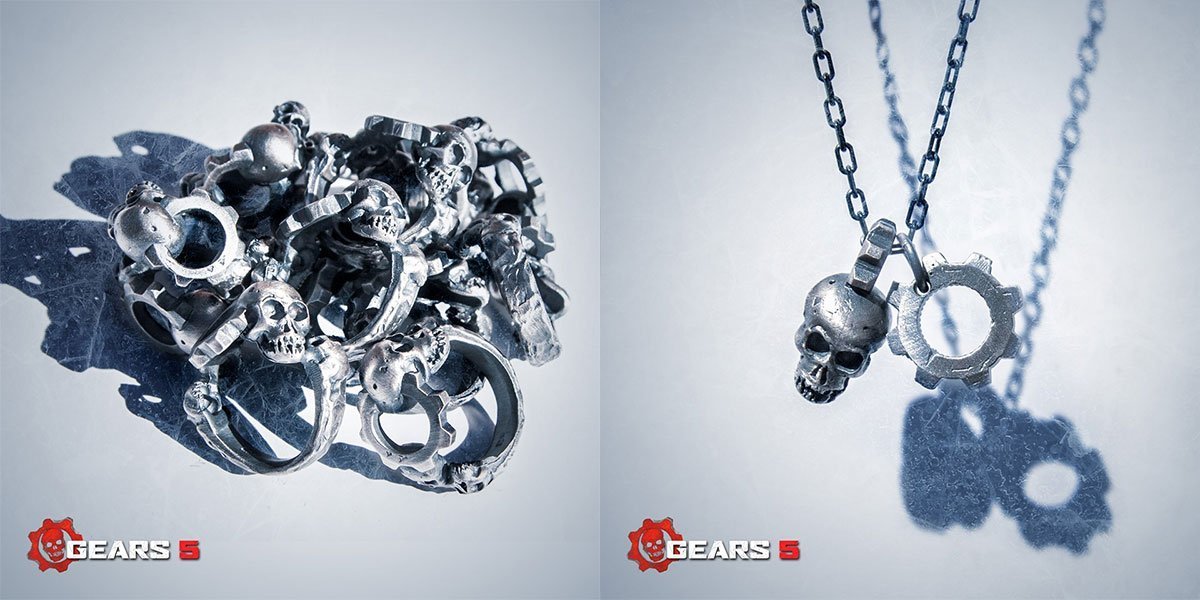 And you can win a set today!

Gears 5 exclusive jewellery has been created for the game’s launch and on offer to Aussie gamers, Microsoft Australia today confirmed.

Australian designer Jason Moss has created two limited edition pieces — a ring and pendent — each paying homage to the new cover-based shooter. “Limited edition” are the keywords here — only 100 of each piece have been created. 50 sets, as seen above, will be available for fans to win over on Xbox ANZ’s Facebook page.

“We know that fans of Gears are loud and proud when it comes to their passion for the franchise, and we wanted to create something that would allow them to showcase their pride every day. With so many complex themes weaving throughout the Gears universe, Jason Moss with his experimental, raw style was the perfect artist to bring this collection to life.” says Tania Chee, Xbox Lead for ANZ.

Good luck if you’re trying to win a set!

Gears 5 is available today on Xbox One and Windows PC via Xbox Game Pass. Non-subscribers can play the game from 10 September.