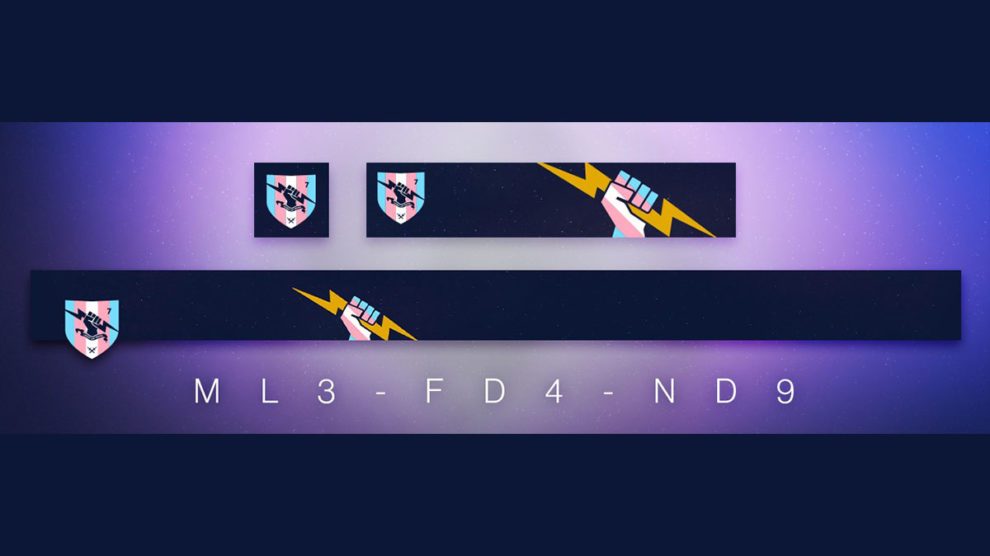 A new, free Destiny 2 Be True emblem is now available in support of Transgender Awareness Week.

“Everyone at Bungie, both trans developers and allies alike, stand in support of our transgender and gender nonconforming community,” Bungie said in a new post. “We join the call to end anti-trans violence and discrimination. The stars burn brighter because of your courage, unwavering strength, and pursuit of truth.”

“Ahead of Transgender Awareness Week, which celebrates the lives of the transgender and gender nonconforming community from November 13th through the 19th, we are proud to announce our new trans pride emblem, ‘Be True.’ Your light inspires, helping guide us all on a path to a better future. May it only shine brighter,” Bungie continued.

The emblem uses the colours of the transgender flag and mirrors a previous emblem called Bungie’s Pride, which was created in support of the LGBTQ+ community.

If you’d like to add the emblem to your collection, you must first login to Bungie’s code redemption page here. Once done, simply enter in code ML3-FD4-ND9 to claim the emblem.