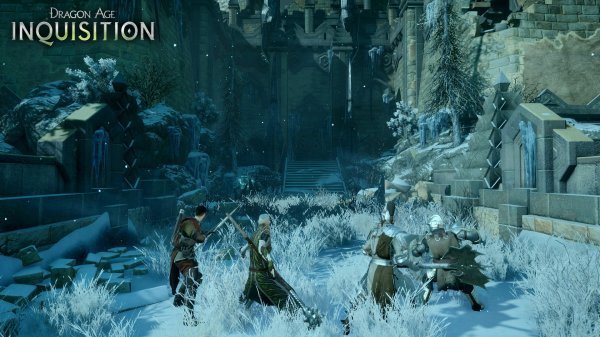 The mode will be separate from the game’s main storyline.

“For Dragon Age: Inquisition, a special team of veteran developers from the Dragon Age and Mass Effect franchises created fun, fast-paced multiplayer gameplay that requires strategic teamwork on top of Inquisition’s party-based combat and extensive loot and crafting system,” said Aaryn Flynn, General Manager, BioWare. “It was early in the game’s development that we realized how much fun fans of our series were having, with so many players teaming up in Mass Effect 3’s multiplayer mode. We can’t wait to give Dragon Age fans an even bigger and deeper experience.”

In the new co-op mode, up to four players will collect loot and items, craft new weapons and armor and unlock new characters. Twelve characters across three classes — Legionnaire, Reaver and Mage — will be available to unlock and use at the game’s launch.

Dragon Age: Inquisition will be available on 21 November for Windows PC, PS3, PS4, Xbox 360 and Xbox One.