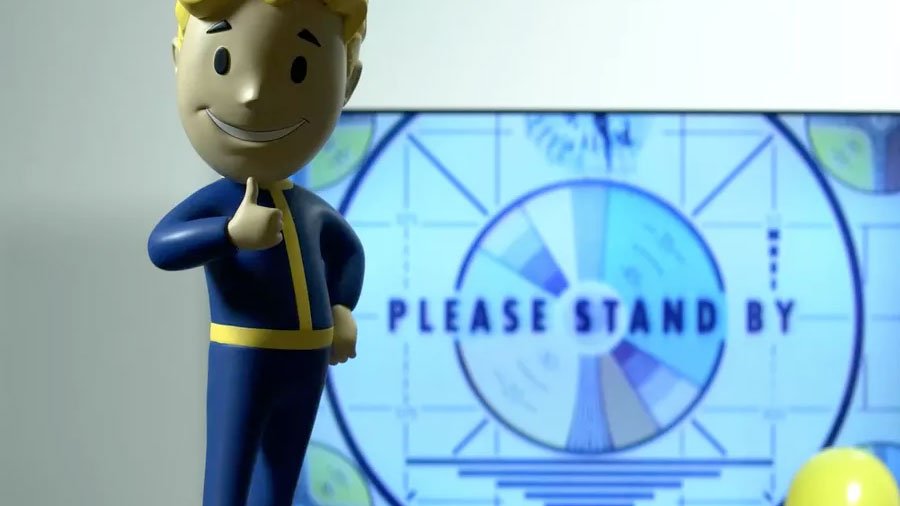 Something Fallout related is being teased by Bethesda across its Twitter and Twitch channels.

This was joined by a Twitch livestream that features a Vault-Tec VaultBoy alongside a static screen that mirrors that of the Twitter post.

While you can head to the Twitch stream here, Redditor PM_ME_CODES_4_STEAM has captured some of the show’s more lively moments. They’re below.

While many people are thinking this tease is related to a remaster of Fallout 3 or Fallout New Vegas over a new title like Fallout 5, we’re going a different route altogether.

Considering the range of colours used in the teaser image, we’re hoping this is actually a reference to Starfield a sci-fi version of Fallout first rumoured last year. It’s a bit of a stretch, granted, but one can hope!

What do you think the tease is referring to? It’s likely we’ll find out for sure during Bethesda’s E3 2018 press conference.