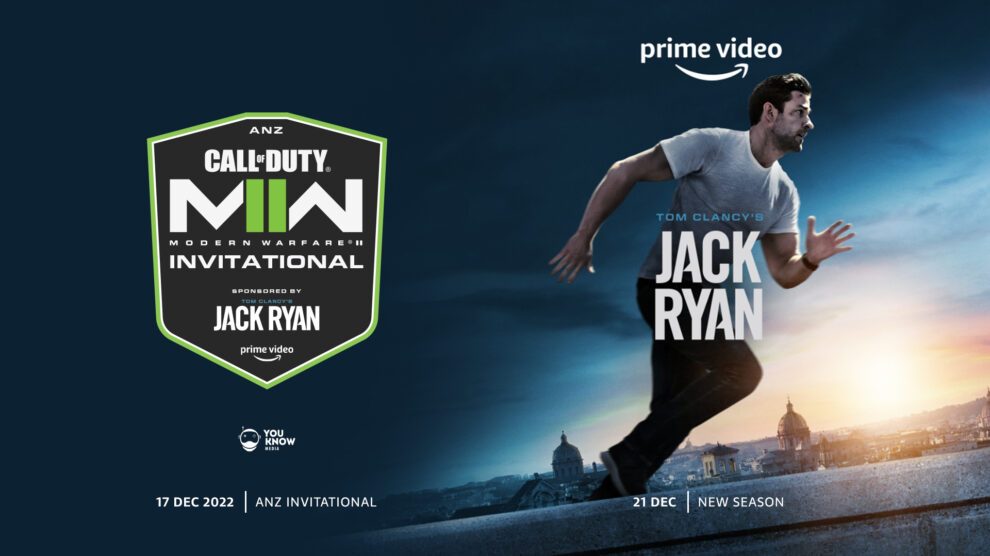 The Modern Warfare 2 ANZ Invitational Sponsored by Tom Clancy’s Jack Ryan is set to begin on 17 December, pitting a host of MW2 teams made up of Aussie and New Zealand players, commentators and special guests against one another.

Broadcast live from the Call of Duty Twitch channel on 17 December, the invitational tourney has a whopping $15,000 AUD prize pool up for grabs.

The tournament’s main event consists of an 8-team, single elimination 4v4 battle with competitive rules in place. Team captains will draft three additional players from a list of vetted players which include “reputable and well known streamers, professional players and other Call of Duty influencers,” according to event organisers.

The tournament takes place just days before the launch of the third season of Tom Clancy’s Jack Ryan, which streams from 21 December exclusively on Prime Video. The blockbuster action series stars John Krasinski as Jack Ryan, Wendell Pierce as James Greer, and Betty Gabriel as Elizabeth Wright. The 8 part action-thriller series follows Jack Ryan as an international fugitive on a mission. Crisscrossing Europe as he is hunted by former allies and new enemies alike, Jack races against the clock to stop the cascade of destabilizing conflicts from leading to disaster.

You can check out what to expect from Season 3 below. Seasons 1 & 2 are currently available to stream now on Prime Video.

Be sure to mark 17 December and 21 December in your calendars, and check back after the tournament for a special recap.

The event is all thanks to the third season of Tom Clancy’s Jack Ryan on Prime Video, launching 21st December where John Krasinski plays Jack Ryan, a CIA financial analyst gone AWOL on a mission to prevent a global catastrophe.

This post was sponsored by Tom Clancy’s Jack Ryan and Prime Video.