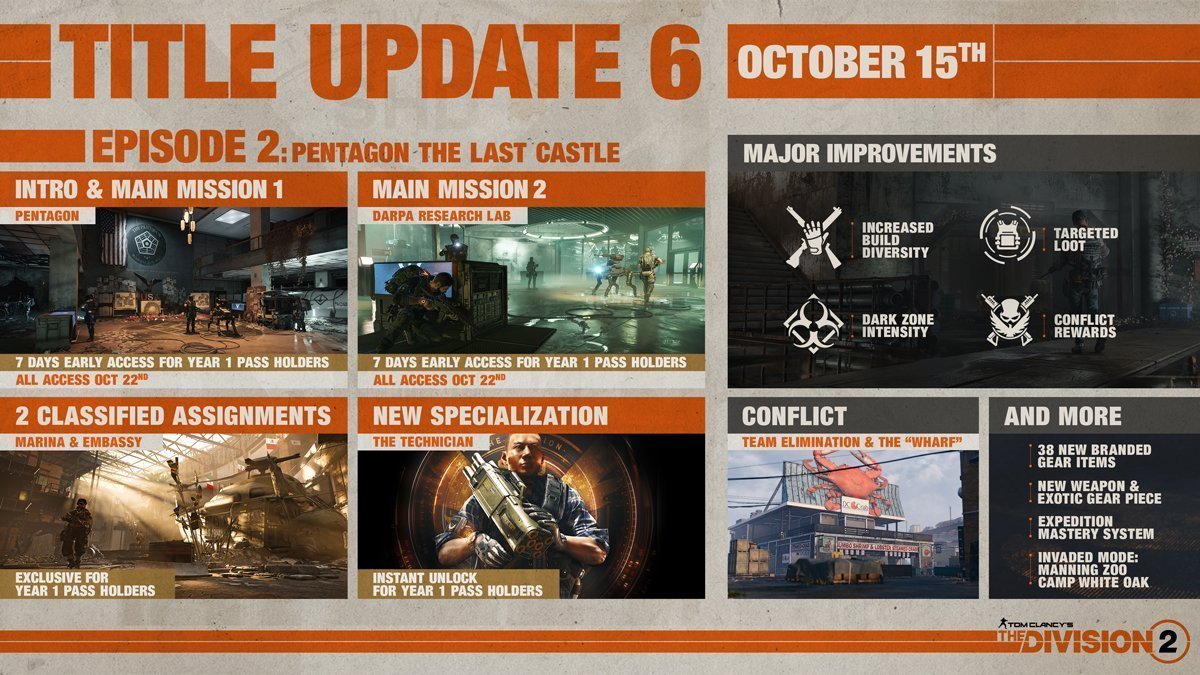 The Raid's been delayed after feedback regarding the first.

The Division 2 Episode 2 DLC will be made available next week alongside the game’s Title Update 6, Ubisoft today confirmed alongside news the title’s second Raid has been delayed into 2020.

First, the good news: Episode 2 will be avilable from 2020. It’s content centered around the Pentagon and the DARPA Research Labs. Two new classified assignments at the Marina and Embassy accompany the content drop. Also included is the new Technician specialisation, an instant unlock for those with the Year 1 Pass.

In bad news, Ubisoft Massive also confirmed that The Division 2‘s second Raid would be delayed into next year. The studio says the delay is necessary after listing to feedback provided in regards to the game’s first Raid, Operation Dark Hours.

Finally, The Division 2 will also offer a free-to-play weekend over 17-21. Available across all platforms, those who wish to continue playing after the trial will be able to carry progress over into the full game.

The Division 2 is currently available on Windows PC, Xbox One and PS4.