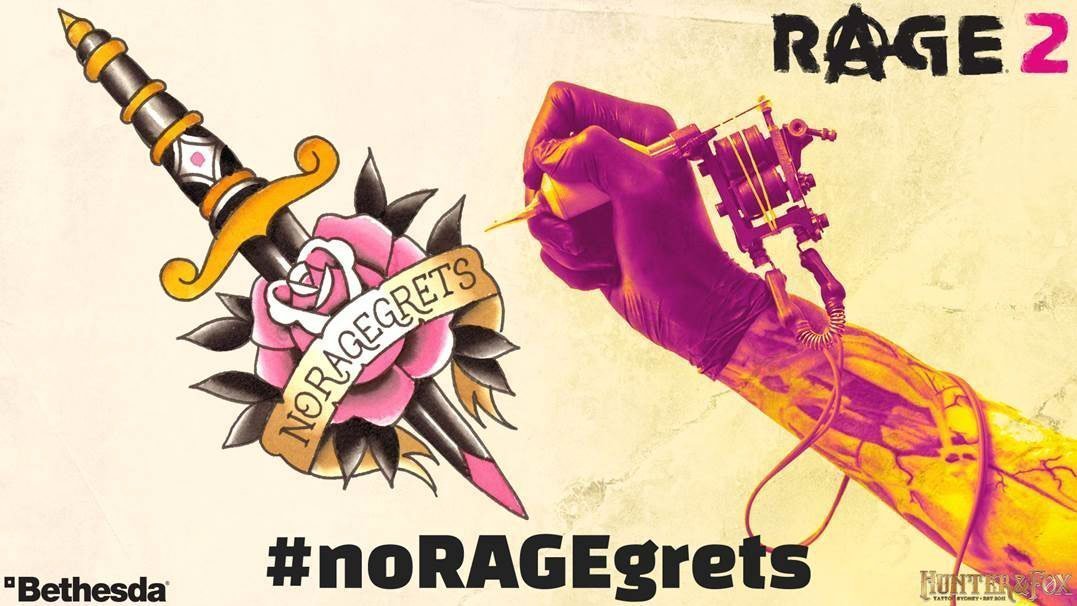 Influencers will be getting random tattoos because Rage 2

Influencers and Bethesda staff will be getting random tattoos to promote Rage 2, Bethesda today declared while also advising that fans can too.

The “free #NoRAGEgrets tattoos” will be offered up on the following condition: “You will not decide which one. No time like the present to be spontaneous,” Bethesda said, “and don’t forget in this post post-apocalyptic wasteland, there is absolutely no room for RAGEgrets.”

We’ve asked Bethesda if the influencers involved in this promotion are truly being “spontaneous” or if they’re being compensated for their participation.

Update: “We are opening up nominations tomorrow via our social channels, so the content creators will be volunteers,” a Bethesda representative confirmed with Stevivor. While that truly adds to the spontaneity of the situation, we hope those who volunteer for the event are doing it because they truly want a tattoo and not solely for an opportunity to increase their social profile.

While I personally stress that this seems like a horrendously bad idea, those interested can head to this Facebook event page to learn more. You obviously know what I think about the idea of getting a randomised, permanent tattoo on my body, but what do you make of this event? Am I being a stick in the mud?