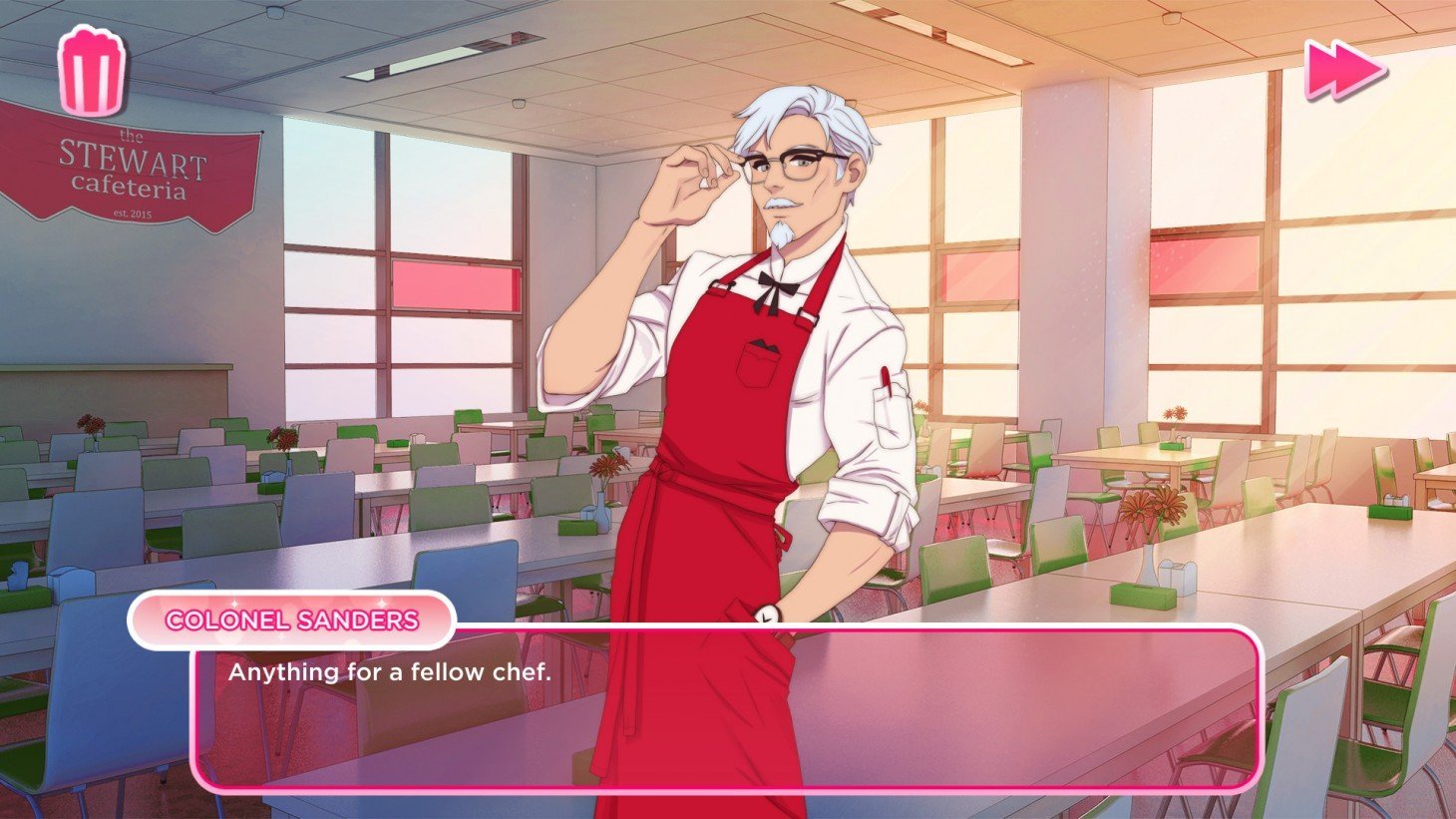 A KFC dating sim is coming in the form of I Love You, Colonel Sanders! A Finger Lickin’ Good Dating Simulator.

A Steam product listing is now live for the unexpected sim, tasking potential players with the challenge of winning “the heart of the most famous chicken salesman.”

In addition to Sanders, above, you’ll be able to romance 8 other characters. Also promised?A secret ending, secret recipes, cooking battles, um… battle battles and more. You can check out a trailer for the game below.

Developed by Wanuxi, I Love You, Colonel Sanders! A Finger Lickin’ Good Dating Simulator looks to be exclusive to Steam on Windows PC and has a release date of “coming soon”. We’ll keep you posted.