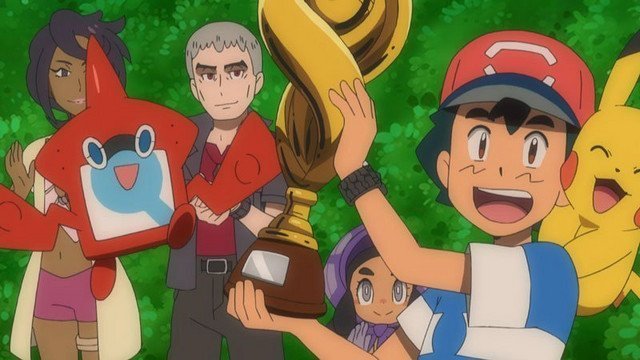 Always the bridesmaid but never the bride, Pokemon Trainer and hero to us all, Ash Ketchum, has finally become a Pokemon League Champion.

Which was bigger? LeBron coming back 3-1 against the Warriors or Ash Ketchum winning his first Pokemon league after a 22 year drought? pic.twitter.com/aU3BM9Kvhl

Stan Lee didn't publish his first comic until he was 39.

Vera Wang didn't enter the fashion industry until she was 40.

After 22 years, Ash Ketchum finally won the Pokémon League at the age of 32. Congratulations Ash 🎉

You're never too old to accomplish your dreams 💖 pic.twitter.com/M6CeG6pAE6

The kid finally did it.

Even Game Freak’s Junichi Masuda took to the social media platform to celebrate.

Prior to his Alola win, Ash’s best result in a Pokemon League Championship was a second place finish the Kalos league (aka the Pokemon XYZ series), losing out to Allan and Charizard.

Our best wishes go out to the ever-struggling anime character.