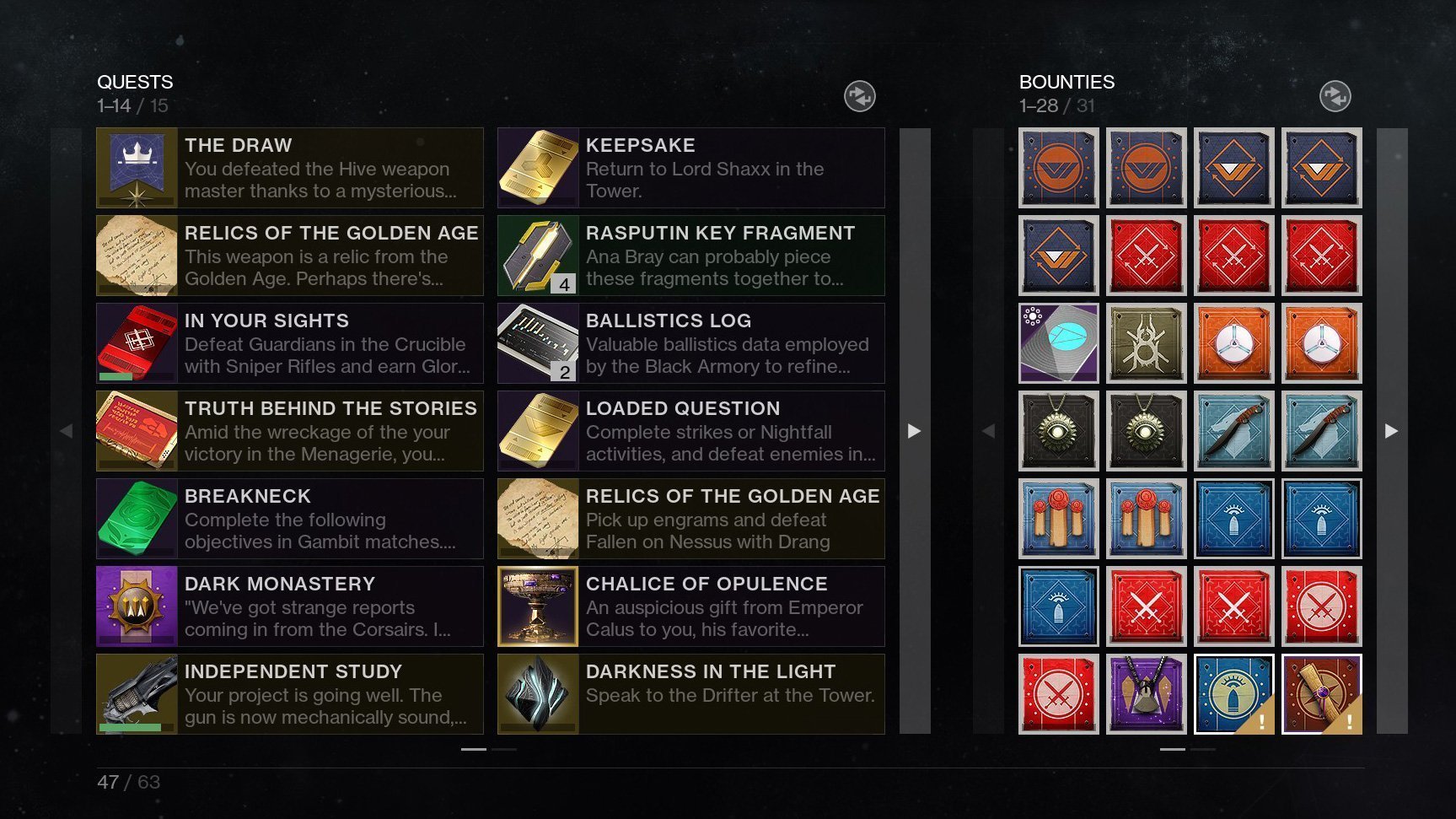 A change is coming.

The Destiny 2 quest log will be reworked later this year, Bungie recently detailed in a lengthy post.

Bungie acknowledged that the current system, in which quests and bounties were removed from a character menu and lumped together in a Pursuits tab in a different set of menus, was confusing and hard to navigate.

“We wanted to try something different with Pursuits, in the sense that we knew where we wanted this feature to end up, but that we’d take some iterative steps to get there,” Bungie’s Luke Smith wrote. “I think we’ve got to do a better job ensuring that while we’re remodeling your house, the potential of the renovation is clearer either in the game or via some communication here on the site.”

As such, the upcoming Pursuits tab will separate quests and bounties, giving each their own section. You can see a mock up of the new menu above.

Destiny 2 is currently available on Windows PC, Xbox One and PS4; it heads to Stadia later this year. Its next expansion, Shadowkeep, comes on 1 October.