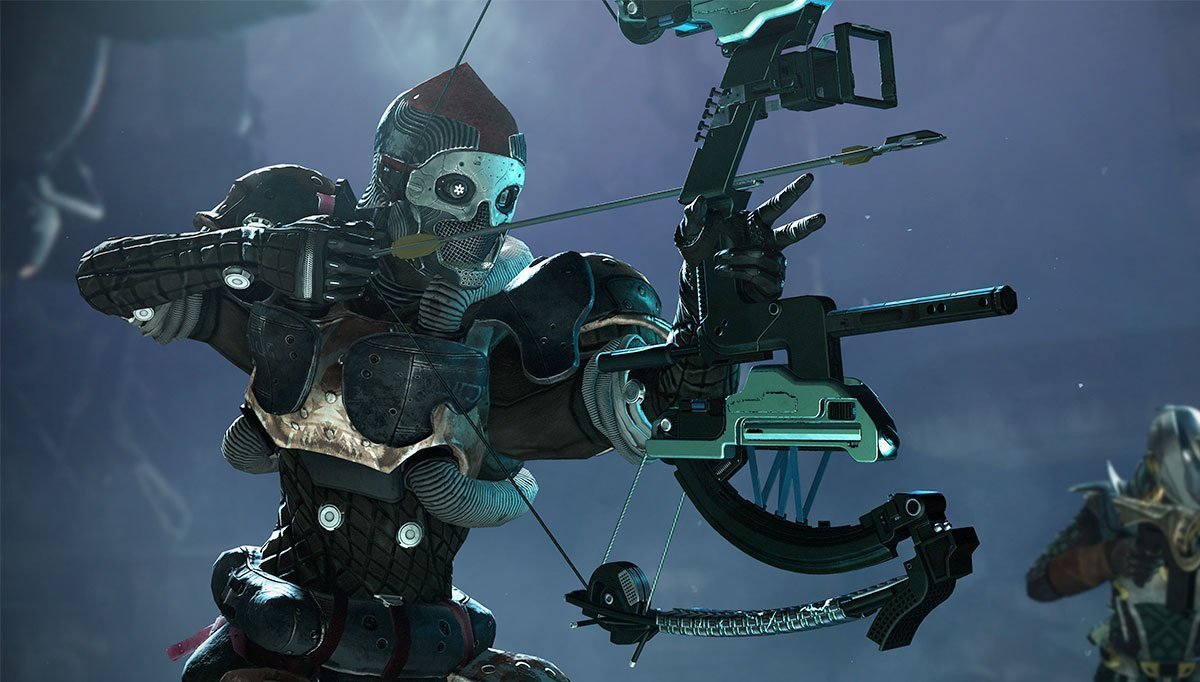 Um, so Titans can deflect rockets in September.

Destiny 2 Forsaken weapons and armour are the topic of a new video from developer Bungie.

The trailer is a mix of content that’s previously been detailed and utterly new stuff, though all of it is pretty exciting.

Things kick off with the Two-Tailed Fox rocket launcher, one that fires two rockets — one solar, one void — simultaneously. They look to be tracking rockets too. Nice.

If the thought of rockets scares you, don’t worry — a new Titan exotic, the Antaeus Wards, will be able to deflect projectiles back when a player slides. Equally nice.

Next up is the Trinity Ghoul exotic bow, one that causes electricity to arc between enemies upon precision kills via additional electrical arrows. Yeah — it’s nice too (and I know this first-hand — I got to play with this weapon back at E3 2018).

The Sixth Coyote could likely be a Hunter’s best friend; the armour lets its wearer dodge twice. As a Hunter main, I think I’ll be living for this.

Next up is Malfeasance. This hand cannon is a little like Halo‘s Needler, with projectiles that explode after five find their mark. Hopefully we’ll get a Catalyst that makes the projectiles neon pink.

Malfeasance is followed by the The Black Talon sword, one that can fire off projectiles. Perfect for up-close and ranged attacks, eh?

The next weapon is One Thousand Voices, a trace rifle that shoots explosive fire. It’s followed by Warlock’s Chromatic Fire armour, a piece that will bring elemental effects back to Kinectic weapons.

Finally is Wish-Ender, another exotic bow which lets its user see through walls.

Reading about these pieces is one thing, but seeing them all in action is another — check the new gear out below.

Destiny 2 Forsaken heads to Windows PC, Xbox One and PS4 on 4 September. The release has been detailed in full here.