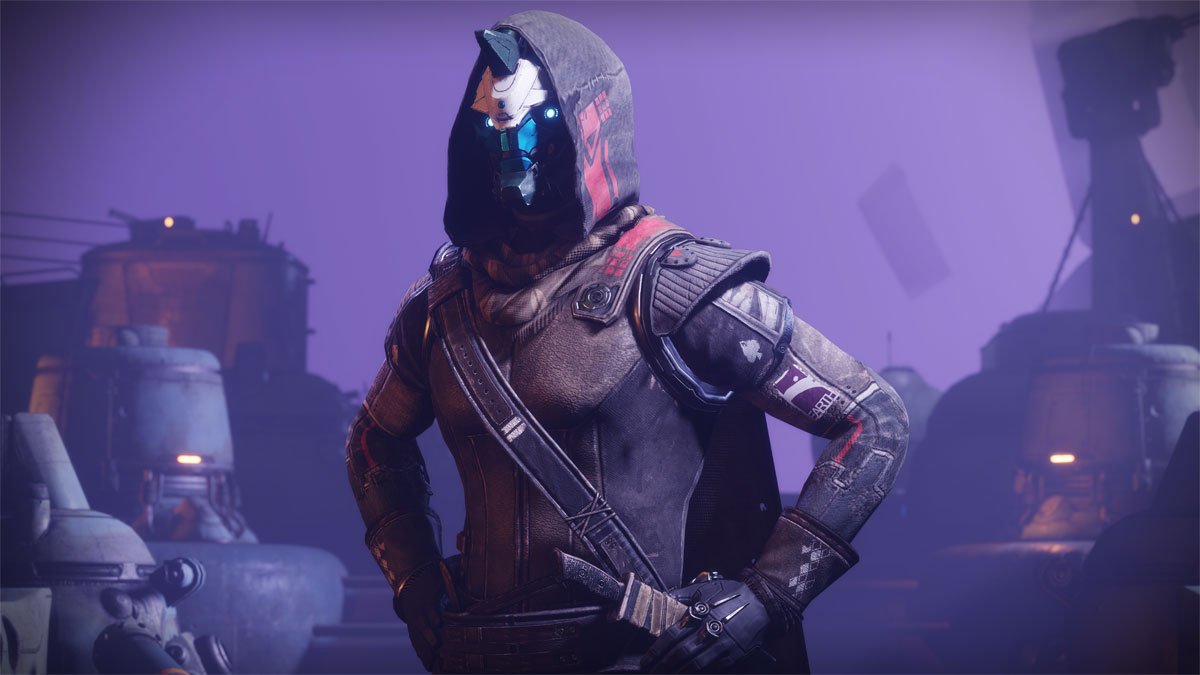 Nolan North is instead.

Update: Fillion has told Kotaku that Stevivor was right — Fillion didn’t voice Cayde-6 in Forsaken, and moreover, the role was taken over by none other than Nolan North.

We’ve reached out to Activision and Bungie for further information.

Original story: Since the original Destiny, Nathan Fillion (Firefly, Castle) has provided his rakish tones to bring Hunter Cayde-6 to life. But as Stevivor played through Destiny 2: Forsaken‘s first campaign mission at E3 2018, one thing became abundantly clear: the voice of Cayde-6 was not Fillion’s.

Admittedly, it was close. So close, in fact, that I stopped shooting at the Cabal and Hive forces in order to turn my full attention to Cayde’s voicework. After a long, hard listen, the the best I can figure is that Forsaken features none other than Nolan North doing his best Cayde impression.

The voice swap was bugging me so much that I asked David ‘Deej’ Dague, Community Manager on Destiny 2, if it really was Fillion’s voice I was hearing.

“[Bungie has] no casting decisions to make at this time,” he told me, immediately.

“It did?” he added after I told him I thought I was hearing North’s voice instead.

Now, don’t get me wrong here — I stress that I did not confirm that Nolan North is providing the voice for Cayde in Forsaken — but that said, I’m very sure it’s him.

Bungie’s response is interesting. If Fillion was returning, I can’t see a reason why Bungie wouldn’t let me know. If the voiceover work was a placeholder until Fillion could record those new lines, I’m sure Bungie would have passed that information on as well.

So what doesn’t Bungie’s response mean at this time? I’m happy to speculate.

If you’ve seen the new Destiny 2: Forsaken trailer that was released during E3, you’re aware that Cayde-6 looks to be murdered at its conclusion.

A cutscene much like the E3 2018 trailer shows after the completion of the expansion’s first mission, I can also confirm.

In light of this, I have two main theories: if Cayde-6 only has a small role in Forsaken, maybe Bungie couldn’t get Fillion back for one reason or another and went with North. After all, North is already filling in for Peter Dinklage’s original Ghost voicework. It’s sad, sure, but these things happen.

The other theory is that Cayde-6 isn’t really dead — or at least, can potentially be brought back — and Bungie is using the swap to throw people off their game. There’s nothing like a bit of bait and switch to build some drama, right?

I can additionally confirm that capture of the Forsaken story mission wasn’t allowed at E3, though we could capture its new PvP & PvE mode, Gambit. While the E3 2018 Forsaken trailer doesn’t have any voicework in it, the in-game cutscene sure does. Right now, it’s clear Bungie is working hard to keep Cayde-6’s voice under wraps, and only time will tell us why.

Or, you know, maybe it is Fillion, I’m hard of hearing and DeeJ is having some fun at my expense. What do you think?

Destiny 2: Forsaken heads to Windows PC, Xbox One and PS4 on 4 September. We’ve all you need to know about the expansion here.