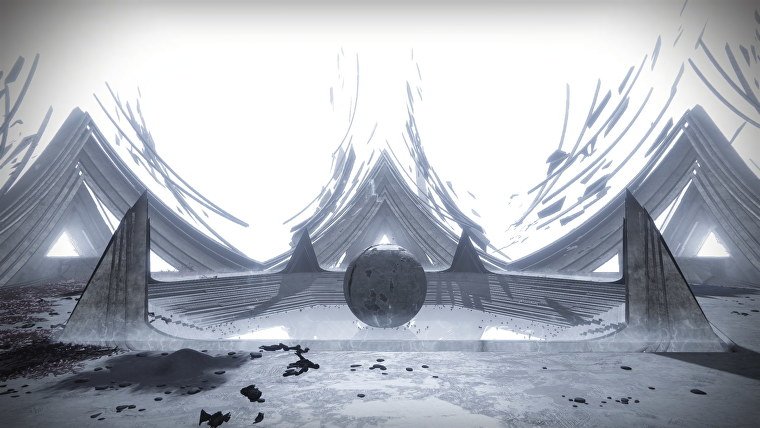 A lot of effort for a skip ahead pass to a planned quest.

Destiny 2‘s Corridors of Time puzzle has been bested and fans are upset about its reward, especially in light of the time and effort required to solve it.

Since last week’s reset — early last Wednesday morning for us here in Australia — the Destiny community banded together to first solve a series of 20 codes used for runs that offered up lore and an emblem, and then to piece together a giant puzzle made up of unique pieces accessible by each and every player. Through the efforts of Twitch streamers, website coders and players who would log into the game every hour on the hour in the hopes of uncovering more map pieces, the puzzle was finally solved late last night, Monday here in Australia.

Each time players reached the tomb room at the centre of the Corridors of Time puzzle, they were greeted with a tomb (naturally) with a sword placed on top of it, leading many to believe the puzzle would open up a new quest to an Exotic Sword that hadn’t appeared on any Destiny 2 Season of Dawn roadmaps when solved. Others thought the puzzle would lead to far more dramatic things such as a new cutscene reintroducing the PvP Trials of Osiris, a Destiny battle royale mode, or more.

In the end, the puzzle merely skipped Guardians ahead a week and a bit, gaining access to a Bastion Exotic Fusion Rifle quest that’s been on developer Bungie’s roadmap for quite some time. Said quest was datamined some time ago, even to the point where players were able to hear Saint-14’s dialogue that was meant to be played at its end.

Needless to say, players were not happy.

“This took 6 full days and countless man hours to complete. The quest was so crazy cool and many streamers went for days with little to no sleep to figure it out. And it’s for an exotic we already know about,” Redditor eggfacemcticklesnort wrote.

“There was this massive cloud of mystery around what exactly was going on here, and tons of theories floating around about the end result. Bungie seemed to imply the end result was this huge mystery akin to the Whisper or Outbreak quests and missions, where we get this amazing exotic at the end that we didnt know was coming back. Nope,” the Redditor continued. “All of this is for something everyone is already massively aware of. Its like going to see a movie that’s supposed to have a huge twist and then realizing the twist was given away in the trailers, and you just didnt want to believe that they’d give it away like that.”

“A couple weeks ago, you asked people to give their thoughts/feelings on things instead of trying to provide solutions,” Twitter user Gramb1no echoed in a message to Bungie Community Manager, Dmg. “My feelings on this are just so completely tired of the disappointment. I was so invested in this puzzle only to find out it was a roadmapped item.

“I said after the enormous letdown that was the Undying Mind that I hoped the team would listen to the community and give us something we actually want. Does no one making this content take a step back and think the community might be upset?”

To his credit, Dmg then took to the social media platform to explain Bungie’s position.

“When creating the roadmap, we have the goal of setting expectations of value proposition, or ‘what’s the amount of content coming with the season pass?’,” Dmg wrote. “This gives players the ability to justify the purchase compared to previous seasons.

“So, with those thoughts in mind- would you rather see a lack of expectations going in to a season, or more expectations set? It’s an interesting tightrope to walk, a challenging one even! But we’re always looking to improve as Destiny continues to grow.”

As a player who was glued to Twitch all week, logging into the game and transcribing my own codes as often as I could, I admit I was disappointed to learn that all the hard work made by the community just bought us a skip ahead pass to a quest that was already on the game’s schedule. While I enjoyed the overall myseter and the interactions I had with fellow players, I quickly realised I could have enjoyed a greater part of the last week raher than grinding Destiny for something that was coming a couple weeks later.

Nevertheless, Dmg’s point is an interesting one and something players should consider. What did you think of the conclusion of the Corridors of Time puzzle?