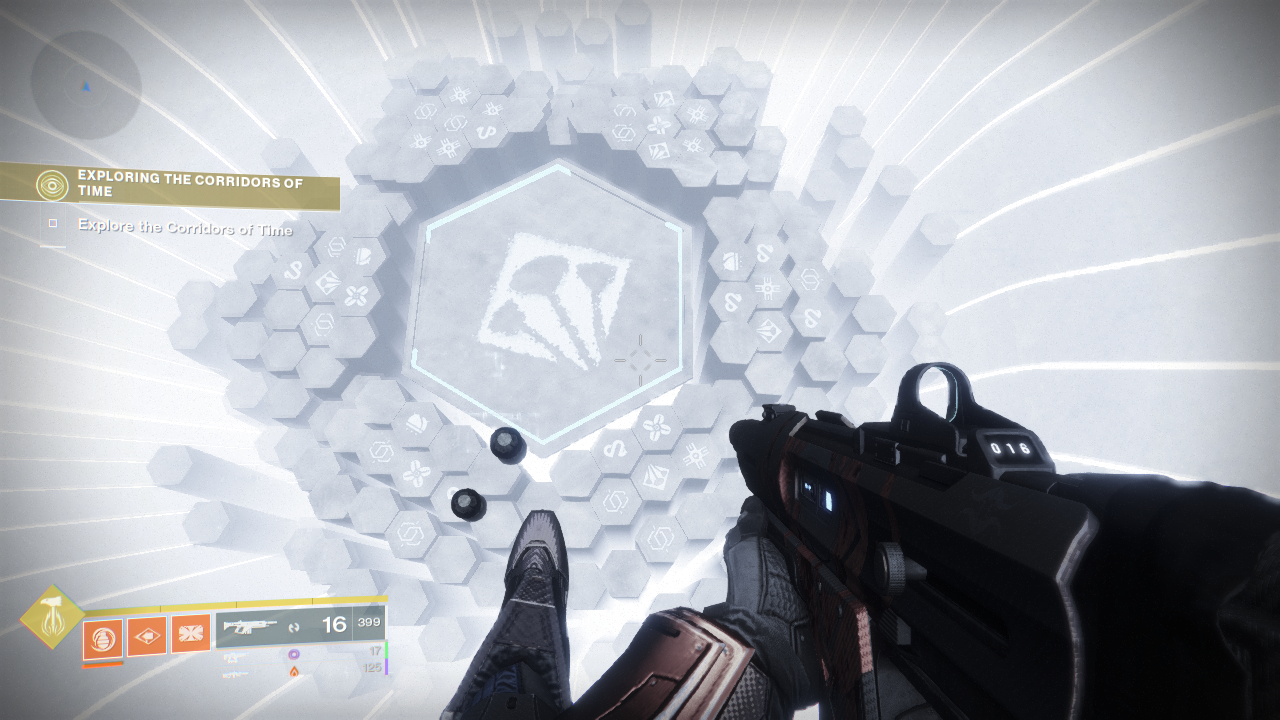 Alongside details of how you can help out.

Update: The final code has been discovered!

Completing the run and turning in the associated bounty for Exploring the Corridors of Time will grant you access to a new quest for the Bastion Exotic Fusion Rifle.

Original story: While players have solved a portion of Destiny 2‘s Corridors of Time area, there’s one final (and massive) puzzle left to solve. If you’re unclear about what’s going on, we’ll do our best to explain the final Corridors of Time puzzle for you.

While 19 already discovered Corridors of Time runs will lead to a piece of collectible lore, another run (which offers up an emblem the first time you encounter it) has lead players to a bigger puzzle, and one that requires Guardians from around the world to join forces to solve it.

When going through that emblem Corridors of Time run, players should look down in the final tomb room (before the tomb itself). Shown in the image above, you’ll be presented with a series of hexagons with many, many symbols after hitting Reveal to uncover them.

At the moment, it’s believed that each Destiny 2 player can access two unique combinations per character, and that we’ll all need to work together to piece together our code sequences to solve a far larger hexigonal puzzle. Once that’s solved, it’s believed we’ll have a new code sequence — and subsequent path — that we’ll then be able to go down in the Corridors of Time themselves. What reward will lie in wait?

Update: If you want to help, you can use this website to check your own results. Once you’ve input your code, you can see if it’s new using this spreadsheet. If it’s a unique code, head on over to Gladd’s Twitch channel and use a variety of messages to pass it on to those solving the puzzle.