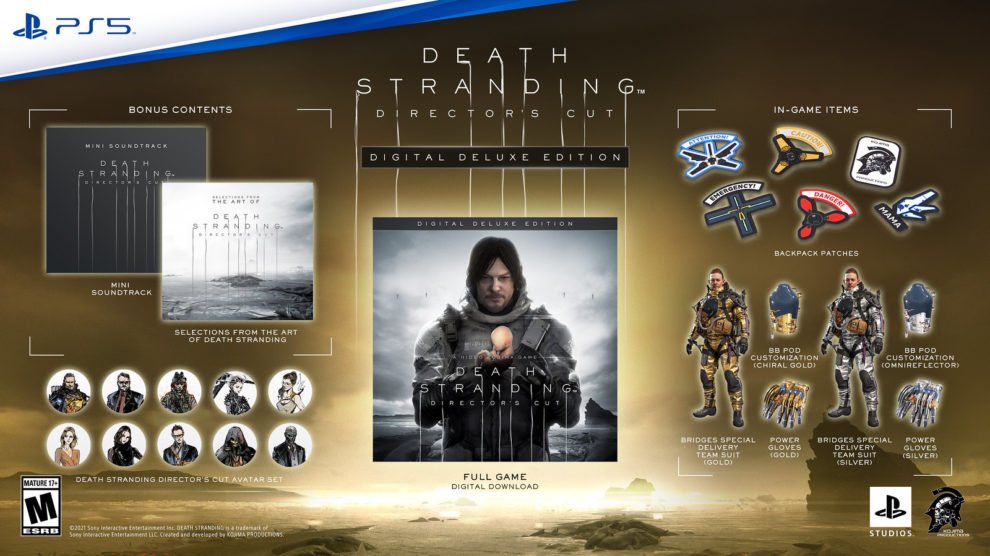 Death Stranding Director’s Cut on PS5 was detailed earlier this morning, with those who own the PS4 version of the game able to upgrade to PS5 for $10 USD.

Those who own the last-gen version of the game will be upgraded to the Director’s Cut Digital Deluxe Edition on PS5.

That edition comes with the following bells and whistles:

While Director’s Cut will benefit from current-gen console improvements like ultra-fast load times, 3D Audio, DualSense haptic feedback, Half-Life and Cyberpunk 2077 content and upscaled 4K with up to 60FPS, it also will come with new content.

“The content that we’re introducing to Death Stranding Director’s Cut was all built and developed from the ground up, following the launch of the original Death Stranding,” said Kojima Productions’ Jay Boor.  “Everything from the Firing Range area, to the additional missions, to the all-new Fragile Circuit racing mode, the aim was to introduce new content that would further expand the world within Death Stranding while enhancing the core game experience.”

PS4 save data will also transfer over to PS5.