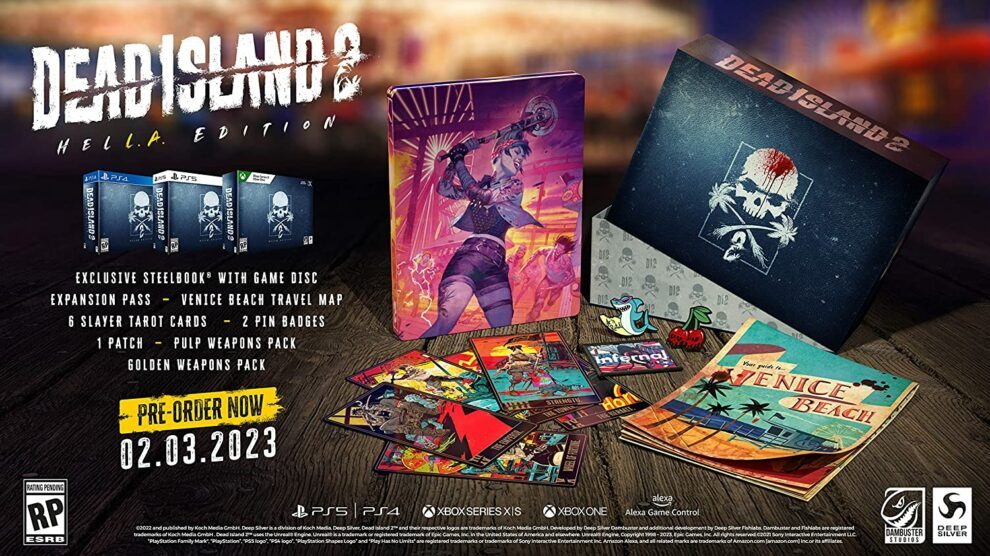 Are you up for the HELL-A edition?

In addition to new Dead Island 2 gameplay, Deep Silver and Dambuster Studio today detailed a pre-order bonus for the title alongside its HELL-A special edition.

First, if you haven’t seen that gameplay, check it out here.

With that out of the way, let’s get into the pre-order bonus available with any version of the game. That comes in the form of the “Memories of Banoi Pack”, which includes:

Next is Dead Island 2‘s HELL-A special edition, which includes: