“Opened up Twitter at the end of a long, creative weekend to see the many tweets to #SaveLegendsofTomorrow & #ReleaseTheAyerCut & fan support for other DC projects over the years,” Gunn said, taking to Twitter. “The majority of these requests were enthusiastic & respectful.”

Gunn was referring to petitions that called for an eighth season of CW’s Legends of Tomorrow and a re-release of Suicide Squad in the vein of Justice League.

“As the new (& first ever) CEOs of DC Studios, Peter & I think it’s important we acknowledge you, the fans, & let you know we hear your different desires for the pathways forward for DC. Although our ability to interact on Twitter has been lessened due to the workload of our new positions, we are listening & open to everything as we embark on this journey, & will continue to do so for the next few years,” he continued.

“But all our initial focus is on the story going forward, hammering out the new DCU, & telling the Biggest Story Ever Told across multiple films, television shows, & animated projects. We invite all of the DC fandoms from across the multiverse — and everyone else as well — into this new universe. We can’t wait to reveal more.”

Taking the same tact as Gunn, Zaslav said the notion of the connected story will take place over “live-action films, TV, animation, gaming and more”.

We’ll keep you informed as we learn more of DC’s new multimedia plan. It likely includes Henry Cavill as Superman, as the actor has recently stepped down from The Witcher Season 4 over at Netflix. 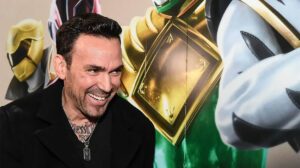 RuPaul’s Drag Race Down Under Season 3 confirmed by Stan