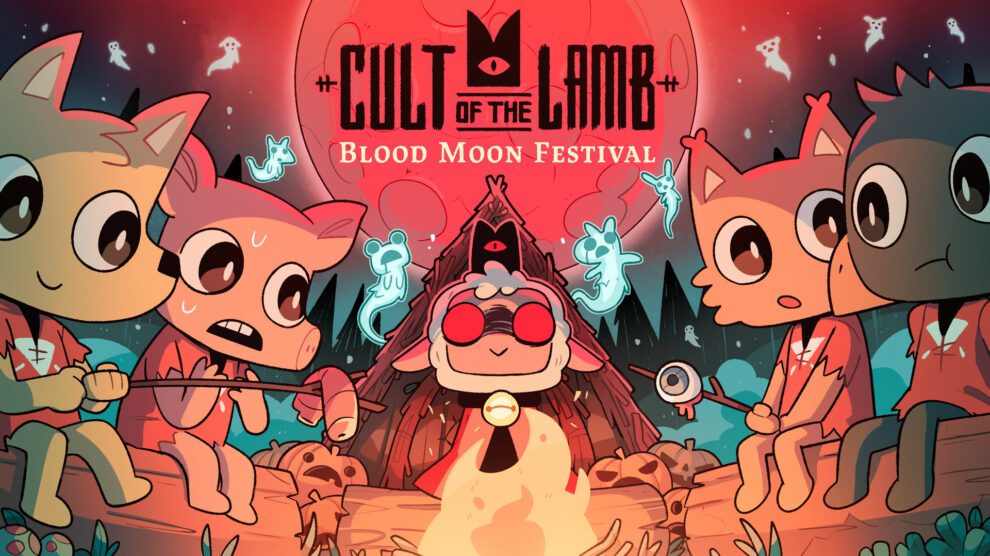 The Blood Moon Festival has started!

A Cult of the Lamb Halloween 2022 event called the Blood Festival is on now.

“Loyal followers can celebrate the spooky season in style in Cult of the Lamb’s Blood Moon Festival, a new limited-time event starting today,” Massive Monster said in a press release.

“Under the light of the Blood Moon devotees can harvest pumpkins to unlock a brand new ritual that will raise former members of their cult, casting them back to the land of the living as wandering spirits,” it continued. “New follower forms and dreadful decorations will be granted upon their capture, but be quick about it.”

The event kicks off today, 25 October, and runs through until 10 November.

Cult of the Lamb is available now on Windows PC via Steam, Xbox One, Xbox Series S, Xbox Series X, PS4, PS5 and Switch. We reviewed it here.