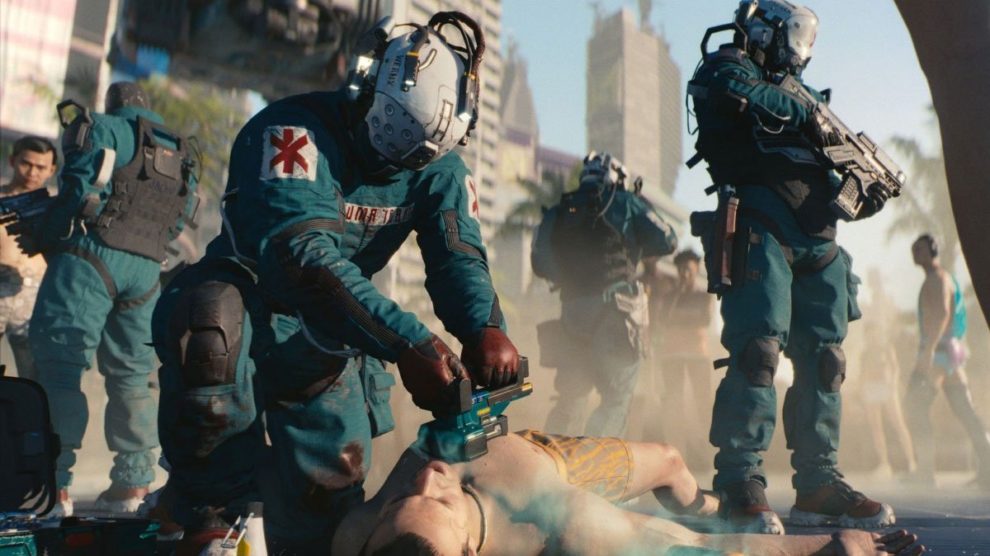 CD Projekt Red is confident that Cyberpunk 2077 will release in Australia, despite Aussie journalists thinking otherwise.

Stevivor had the chance to spend an hour with the game at E3 2018 and noted several in-game uses of illegal drugs. The drug use was tied to performance enhancement in most cases, though in one instance was purely recreational.

As Aussies are well aware, similar instances of drug use in games have caused a number of issues in the past.Most recently, We Happy Few was refused classification as it was ruled as a game that “depict[ed], express[ed] or otherwise deal[t] with matters of sex, drug misuse or addiction, crime, cruelty, violence or revolting or abhorrent phenomena in such a way that they offend against the standards of morality, decency and propriety generally accepted by reasonable adults to the extent that they should not be classified,” according to the Australian Classification Board.

“We’re aware of [the issue], and we want to ship to as many people as we can,” he told GameInformer.

“We’ve got a really great localization department, we’ve previously shipped Witcher 3 to markets that a lot of people told us we weren’t going to be able to ship in. So I’m confident we’ll be able to handle it.”

What do you make of Mills’ confidence?

Here in Australia, The Witcher 3: Wild Hunt was distributed by Bandai Namco; it’s unclear if a similar arrangement is set in regards to Cyberpunk 2077.