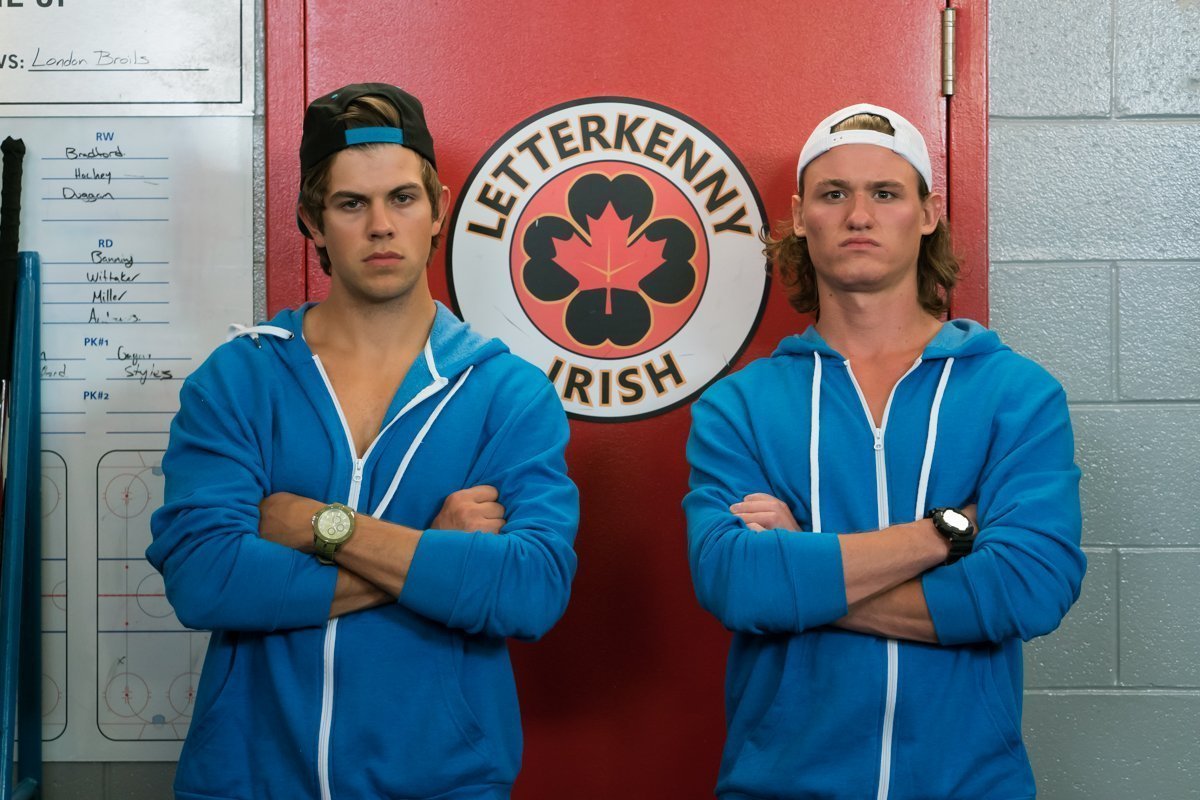 Update: Letterkenny is beginning to appear on the SBS on Demand service, with the show’s first season available for streaming at the time of writing.

While it’s not ideal for those of us who wanted to jump straight into season 7, it’s great for those Aussies who need to catch up. We’ll keep you posted as more seasons appear.

Original story: Canadian comedy Letterkenny will be avaliable in Australia from next month, shown on SBS Viceland and with streaming available via SBS on Demand.

The news comes by way of the Letterkenny Twitter account, which matter-of-factly stated, “You can watch Letterkenny in Australia on [SBS Viceland] and [SBS on Demand] starting October 15 if you want to.”

For those unfamiliar with the show, Letterkenny is named after the fictional Canadian town where the show is set and focuses on a number of cliques within it. Wayne, Katy, Daryl and Squirrely Dan — hardworking farmers — form the heart of the show, but viewers will also get to know hockey players Reilly and Jonesy, alongside Stewart and Roald the skids and Tanis and the natives.

The CraveTV original series, based on a popular web series (see below) has run six seasons already; season seven will debut on 15 October and is also available in the USA via Hulu.

If you ask this Canadian, Letterkenny is to Canada as Kath & Kim is to Australia… as such, it’s required watching. I’ll also post the Vancouver Winter Olympics commercial that got me into the series back in the day… and as you may have guessed, it’s all about the hockey boys.

We’re attempting to find out if all of Letterkenny‘s past seasons will be available on SBS on Demand and will report back when more is known.